Softball and a beautiful kind of family

Last spring, a most unlikely group of fans never missed one of my daughter’s Lake Air Little League softball games. In my 10 years of sitting in those stands, I had never seen this group of softball enthusiasts before. I knew they hadn’t come to see my daughter — and for most of the season, I wasn’t sure whom they were there to cheer on. There were five to six middle-aged men —all with different intellectual and developmental disabilities — and they watched the game intently and commented on the plays just as if they were at a Rangers game. 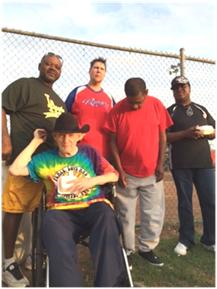 Each brought with him a 79-cent bag of Tom’s brand popcorn, probably purchased at a convenient store on the way to the fields. And they enjoyed every crunchy bite of that popcorn about as much as they enjoyed the game. I noticed a kind, gentle and patient man who was always present, but also gave the men their space. Several nights a week, he loaded up a van and brought the men to be part of the cheering crowd — and they helped fill the stands and create an exciting atmosphere for our girls.

Their friend, Morris, seemed truly happy to be taking these guys out for a fun night at the ballpark. It was evident by the way he interacted with them and talked with them. I overheard conversations where Morris gave advice on basic things like how to keep your money safe while you’re taking a shower. A couple of the men had more physical challenges than the others, but Morris was always patient and spoke genuinely in a soft voice as they walked, sometimes painstakingly slowly, to and from the van together. Never did I see Morris acting impatient or hurrying anyone along. He treated each man with kindness and dignity and then took them back home to a red brick house on a street lined with cottonwood trees, where they live together under Morris’ and others’ round-the-clock care.

I don’t know any of these men or their stories personally. Maybe they have family close by or perhaps their parents died years ago. Maybe they never had the support of a loving family. I have learned they are part of a Community Based Waiver program of the Heart of Texas Mental Health Mental Retardation Center. The Center serves more than 800 people with intellectual and developmental disabilities living in Central Texas — all with their own stories and sets of circumstances. Some are still seeking the right environment to meet their needs and allow them to experience a fulfilling life. Many live in ranch style homes in ordinary neighborhoods with professional care provided through state and federal programs. The lucky ones get a second family in people like Morris.

At the last game of the season, when I found out his name was Morris and that he worked for Heart of Texas MHMR, I also learned that Morris had been bringing these men to watch his granddaughter play ball. I don’t know if they knew her personally or even realized they were there to see her. But on Tuesday, Thursday and sometimes Friday nights, Morris entwined his life with theirs, treating them like, well, family. His granddaughter later told me that Morris often provides activities that give these men the experience of family living. He isn’t just a worker on the clock; he’s a caring human being. And I can’t think of any better example of service.

Morris is an asset to our community and I’m so glad he chose Lake Air Little League as one of his regular outings. If only all of us could be so compassionate and patient toward our fellow man — the world would surely be a better place. 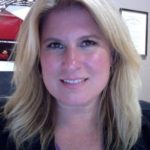 Gretchen Eichenberg is a life-long Wacoan and local high school newspaper and yearbook adviser. There’s nothing she’d rather be doing more than cheering on her favorite softball player or jamming to the tunes of her son’s band. Her family includes husband, Alex, and kids George, 14, and Brigitte, 11, and an energetic Lab named Luke, who thinks he rules the HOT Dog Park. Gretchen mistakenly believes the Eagles are the greatest rock and roll band ever. (Gretchen!  What about the Beatles?!)