“El Cinco de Mayo: An American Tradition,” that’s the title of a book released in 2012 by David E. Hayes-Bautista, (professor of Medicine and founding director of the Center of the Study of Latino Health and Culture at the Geffen School of Medicine at UCLA). When I saw the title I was surprised he had the power to read my mind, and express my thoughts! An American tradition – true statement! I’m sure he explains things much better than I will (as Susana Olague Trapani says in her review David “elegantly and intelligently chronicles the development of the holiday …”), but I will give it a try.

Cinco de Mayo is undoubtedly a big celebration in my dear country Mexico, but in the USA it is sometimes mistaken as a celebration of our Independence from Spain, and that, my friends is celebrated on September 16th.

In late 1861 a well armed 6,000 French soldiers, the premiere army in the world at that time, were trying to get closer to Mexico City and to take control over the government. They forced the President of Mexico, Benito Juarez, to retreat. On their way from Orizaba’s Port to Mexico City they encountered a poorly equipped Mexican Army of 2,000 near the City of Puebla, against all odds Mexico won the battle on May 5th of 1862.

Every year in order to commemorate this battle, they have a big celebration in Puebla City. A representative of The Mexican President, Puebla’s governor and other authorities begin the celebration by presenting respects to the Mexican flag, and singing the National Mexican Anthem. This is followed by a big parade, which this year, 2015, included 8,350 militaries, 144 automobiles, 60 police motorcyclists, 150 horsemen, 6 canoes, 16 commemorative flags and the same amount of banners.

Very impressive, both, the great victory for the Mexican Army over the French Army and the celebration itself, but as great as it sounds, it is far from being our most important national holiday.

Our very big holiday is on September 16th, when Mexico got its Independence from Spain in 1821 after 11 years of war. (We consider it our independence day, even though Spain did not recognize Mexico as a sovereign country until later,1836.)

Now, our big celebration is on September 15th… mmm, wait! It seems there is something wrong here! In the paragraph above I just said September 16th . Well, we begin to celebrate early, you know! We, Mexicans, don’t need any excuse to party! It has been said that General Porfirio Diaz, Mexican President from 1876 to 1911 (yes, 35 years!), begun to celebrate on September 15th because it was his birthday, but other sources say that the celebrations has begun on the night of the 15th since 1840. 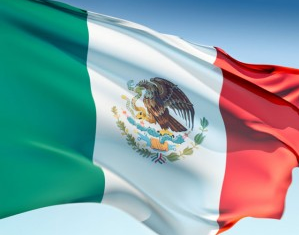 The Celebration is held in the National Palace in Mexico City in front of thousands of people. The President, along with high ranking military officials and ambassadors from other countries approaches the balcony and at 11:00 p.m. on September 15th , rings the Bell of Dolores and cries out loud while holding and waving a Mexican flag:

After that, you will hear a lot of bells ringing and the fireworks begin. Outside, the crowd is ready to enjoy all kinds of Mexican food from the concession stands, listen to mariachis or tríos, and keep going with the party until early hours in the morning.

If you are not brave enough to face the crowds in downtown (my family’s case), you usually turn the TV on to watch the whole spectacle and then have dinner with your family and friends.

Traditions vary from family to family. In my home, my parents used to dress up as the heroes of the Independence or at least with époque clothes. My sisters and I would probably just wear green, white and red representing the colors of the Mexican flag.

I asked my dear friend Bob, a Wacoan, “ Why do Americans celebrate Cinco de Mayo?” He knew it wasn’t the Mexican Independence Holiday, but he said with a big smile, “Cristina, is just a good excuse to have margaritas.” He made me laugh! He always make me laugh, but it’s true, as David E. Hayes-Bautista mentions in his book, the celebration in America was created by Latinos in California during the mid nineteenth century. Through the years, the meaning of the holiday has changed from “immigrant nostalgia” in the 30’s, to patriotism during World War II, to “Chicano Power” in the 70’s and to mainly commercial intentions in the 80’s and 90’s… I would say that is also the case these days.

I’m touched to think that Americans celebrate a Mexican holiday, so, let’s have a new and better “excuse to have margaritas.” Let’s celebrate together the Mexican Independence on September 16th, the date that marked Mexico as an independent, free and sovereign country.

In Waco, you can celebrate Mexican Independence day from 5:30-7:30 pm on September 16 at the Cen-Tex Hispanic Chamber of Commerce, 915 LaSalle.  The Waco Hispanic Museum Committee will be serving cake and drinks. There will also be a history lesson about El Grito de Dolores. Admission is free.

Also, throughout the rest of September, October and November, 2015, be sure to get out and enjoy  “¡Viva Waco!” our Waco celebration of Latin culture.  The vibrant sights, sounds and flavors of Latin art, music, and cultural events and activities will be on display in dozens of Waco locations. Besides celebrating Mexican Independence Day (Sep 16th), there will be festivities for Dia De Los Muertos (November 1st) as well as a whole season full of Latin-themed events and exhibitions suitable for the whole family (many of them free of charge) from Waco’s many arts and cultural organizations. To get the details visit the website: www.creativewaco.org/vivawaco/. 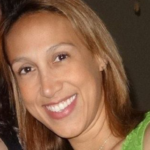 This Act Locally Waco blog post was written by Dr. Cristina Cleveland. Cristina was born and raised in Mexico City. She’s a Pediatric Neurologist and when she moved to Waco back in 2008, she was planning to be a stay-home-mother of their now 7-years-old-twins. Things changed (as usual) and now, after getting a Master’s Degree in Education, she works for the Foreign Language Department in Waco ISD. In her spare time you can see her driving her twins to the library, karate, soccer, swimming and art classes. If she could just get a “time out,” she would probably be walking, swimming, reading or watching a foreign movie.