Getting Lost in Waco 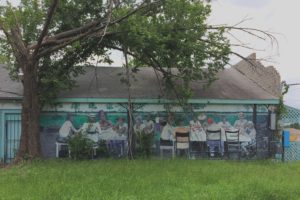 How well do you know Waco? I don’t mean Waco history, politics, or where to find the best burrito in town (I tend to favor Sergio’s food truck). Rather, I mean have you actually seen the different areas of our city? Have you been to the various neighborhoods? Are you familiar with the historical parts of Waco? Have you spent much time on ‘the other side of the train tracks’ or ‘the other side of the river’? How big is your idea of Waco? Is it centered on your particular neighborhood and the most common places you frequent, or is it bigger than that? I think these questions matter. And I think most of us don’t know Waco as well as we think we do. At least, I know that was true of me. Even though I’ve lived in Waco for much of the past 17 years, I’ve only recently gained a broader perspective of the geography of our town. And oddly enough, it took getting a little lost for me to begin to open my eyes to the larger city around me. 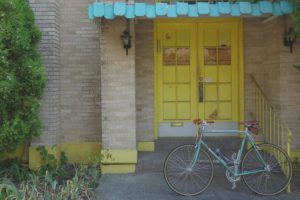 About six months ago I fixed up my dad’s old bike and started riding it around Waco. I figured it would be a good way to get some exercise, but I was also interested in getting out and exploring some areas of town I had never been to before. At first I would just leave my house and start riding, not really sure where I was going or how I would get back. I live in a fairly central part of town, so no matter which direction I went, I was likely to find somewhere new to get a little lost. Originally, the goal was just to explore, but as I started to discover more of our city, I also began to take photos of what I was seeing–houses, businesses, murals, churches, parks–anything that caught my attention. I created an Instagram account (@Lost_in_Waco) and starting sharing what I was seeing. I was fascinated and intrigued by the history, the culture, and the hidden beauty to be found everywhere I went, even in the so-called ‘less desirable’ areas of town. Riding through Waco I made a concerted effort to pay attention to what was around me–while also keeping my eyes on the road–and to try and notice what might normally go unappreciated. Of course, not everything I’ve seen has been positive, but I do try and see beauty where it might typically be overlooked. And I’ve realized it isn’t that hard to find.

So why does this matter? 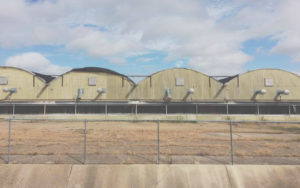 I think there are a lot of good things happening in Waco right now–there is much to be optimistic about. However, if we fail to have a broad geographic vision of our city, then we cannot have a comprehensive vision of a prospering Waco. Any dream of a more vital and flourishing Waco must include much more than the few areas of town I most often frequent. What I have found is that by getting a little lost in Waco–going out into the city and exploring the unfamiliar–I have come to better understand both the challenges facing our community and the significant assets of our city. And I do not mean assets that can simply be appropriated for my own benefit (or the benefit of people like me); I mean the existing businesses, neighborhoods, and people that already make Waco a great community. Perhaps you would benefit from going out and getting a little lost in Waco–what do you think? 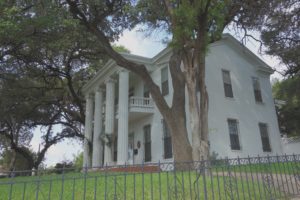 If you do decide to go explore, I certainly recommend riding a bike, but you might want to drive to a different area of town and go for a walk, or simply find some local businesses to support in areas you seldom frequent. Not only will you broaden your knowledge of Waco geography, you’ll also get to interact with new people. Of course, you can also get on Instagram, start sharing your own photos, and join the growing community posting photos under #wacotown, #waco, #wacoisawonderland, #wacomurals, #housesofwaco, #churchesofwaco, and even #lostinwaco. And if we ever cross paths on Instagram, or if you see me riding my bike around town, be sure to say hello. I’ll be happy to point you in a great direction to get lost. 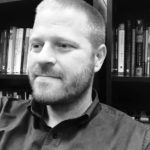 Adam Moore rides his bike and takes pictures around Waco. You can find his photos on Instagram (@Lost_in_Waco) and on Facebook (Lost in Waco). He lives in Waco with his wife, Brooke, and his two daughters, who both attend Lake Air Montessori in Waco ISD. Adam works as a program coordinator for the Baylor Interdisciplinary Core in the Honors College at Baylor. You can contact Adam at [email protected].