U Visa: Protection for Undocumented Crime Victims and our Community

by Analí Gatlin and Joel Looper

In our last Act Locally blog, we touched on the endless complexities of U.S. immigration law. We wanted to use this entry to focus on one vital piece of legislation that affects undocumented immigrants who are also crime victims, some of the most vulnerable people in our community. That piece of legislation is called the Violence Against Women Act (VAWA), and the part we’d like to address here is called the U Visa.

What is the U Visa?

Congress’s renewal of this legislation, the VAWA of 2000, created the U Visa, but U.S. Citizenship and Immigration Services (USCIS) didn’t start processing U Visa cases until 2007. This particular visa is for victims of certain crimes who have suffered “substantial physical or mental abuse” and who are helpful to law enforcement or other officials in investigating or prosecuting a crime.

To qualify for a U Visa, an applicant must prove several things: (1) they were the victim of a qualifying crime; (2) the crime occurred in the U.S.; (3) they have information about the crime; (4) they have been, are being, or are likely to be helpful in the investigation or prosecution; and (5) they suffered substantial physical or mental abuse because of the crime. (Please note this is a simplified breakdown of the U Visa. Visit the USCIS website for further details). The U Visa application must also be certified, typically by law enforcement or a prosecutor, a step which, as we’ll see, is often needlessly difficult.

The U Visa application process is arduous and highly uncertain. If the applicant succeeds in their case, they will receive U Visa status for four years. A U Visa allows an immigrant to obtain a work permit and a social security card—after all, it’s difficult to get by in the U.S. without the ability to work legally—but it does not allow any travel outside the United States. Even then, the applicant still has interviews, fingerprinting, English and civics tests, medical exams, endless paperwork, and a minimum of eight years left on the path to citizenship.

Why does the U Visa matter?

The U Visa serves a couple of important purposes. First, it helps law enforcement. Undocumented immigrants are often targets for crimes in large part because criminals don’t think someone without papers will contact the police. And, historically speaking, the criminal is right. Many undocumented immigrants have not contacted the police to report crimes because they feared that their undocumented status would be discovered and they would be deported.

Take, for example, an undocumented woman who is severely beaten and raped by her boyfriend. She might be afraid to contact the police because those very same officers could set in motion her deportation. But if she doesn’t tell the police, the perpetrator will likely never see justice. The existence of the U Visa gives undocumented victims the confidence to come forward with information, giving police the tools they need to fight crime. It allows the victim to remain in the U.S. and assist law enforcement as they investigate and prosecute the crime. And, of course, getting criminals off the streets makes us all safer. We don’t want an entire population in our community not reporting crimes; that allows criminals to thrive in our midst.

The U Visa is an important crime fighting tool; that in itself is enough to justify its existence and continual renewal by congress. But there’s another important reason why the U Visa exists, and it’s a humanitarian one. It only seems fair that a person who is brave enough to come out of the shadows and help law enforcement take down a criminal should receive protection in return. That’s especially true since U Visa recipients are often among the most vulnerable people in this country. Simply put, certifying and granting U Visas is a matter of justice. It’s just the right thing to do.

What are some of the challenges facing U Visa applicants?

An application for a U Visa cannot move forward without getting a certification.  This certification can come from a law enforcement official, prosecutor, judge, or another authority responsible for investigation or prosecution of criminal activity.

Nevertheless, there are local officials in certain jurisdictions who have made it policy never to certify a U Visa. By refusing to sign, they stop this immigration benefit dead in its tracks. They stop it before it’s even begun. That means an undocumented person who was the victim of a crime that occurred in one of these jurisdictions will likely never get a U Visa. And, as we’ve seen, communities are often harmed by this refusal.

Another major set-back for U Visa applicants is the government’s annual cap. Congress allows only 10,000 U Visas to be issued every year. Unfortunately, thousands more qualified people submit applications annually. That has left USCIS with a huge backlog of cases; in fact, they just reported there are over 75,000 people currently on the U Visa waiting list. This means that once a qualified person applies for a U Visa, it will be years before they actually receive the visa, leaving them in immigration limbo all the while.

What can community members do to help?

First, U Visas are certified by local officials such as the District Attorney and the police. We can show our support of local leaders who do certify U Visas, and we can encourage others to start using this important crime-fighting tool to make our community safer and fairer.

Second, we can contact our local congress person and urge them to increase the number of U Visas granted per year. There is a tremendous need for U Visas and thousands of people qualify every year who are unnecessarily left on a waiting list.

Let’s not leave the most vulnerable among us waiting, Waco. Let’s act. 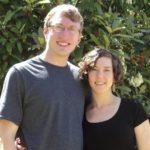 Analí Gatlin is a Waco native who is currently practicing immigration law at a nonprofit organization in Austin, TX. She loves Waco and naturally spends her weekends at home here. Joel Looper, originally from Michigan, has made his home in Waco and teaches religion and Language Arts at Live Oak Classical School. Joel and Analí are also busy planning their upcoming wedding.