The Jesse Washington memorial service was a confluence of feelings for me.  It was  sobering, enlightening, liberating, divine… and it made me feel fragile.  While I found myself wooed by the rhythmic interplay of words of lament and declarations of faith, (a faith that overcomes the longstanding shadows of hatred and egregious forms of violence), internally, I was struck by my feelings of fragility about my place at this service. I know I represent, both symbolically and historically, a form of unchecked dominance and power to underrepresented populations in this country.  I’ve known this for a long time, but it is still uncomfortable for me.  Rather than sit with my insecurity, I still prefer to focus on how much “progress” I’ve made in the past 15 years of work toward becoming a more “culturally competent educator.”

So during my intermittent discomfort throughout the service, I found myself thinking things like: “Yes, but this [lynching] happened 100 years ago. So much progress has been made this century…” and other similar self-soothing thoughts in response to my internal dissonance.  This kind of thinking is what emerging scholars such as Robin DiAngelo describe as a form of “white fragility.”  White fragility prevents empathic listening from occurring in critical discourse regarding equity and inclusion. Well-intentioned discussions addressing the delicate issues of racism, power and privilege are too often met by defensiveness, guilt, or the need to qualify, benchmark, or point to progress—all of which smell suspiciously like shame-avoidance.

This isn’t just occurring individually (as in my case at the memorial service), but institutionally. For example, during the service representatives of Waco were offered times to apologize to the family and community. The corporate declarations of “I’m sorry” turned quickly to descriptions of the new “progressive” Waco.  In my opinion, these statements subtly overlooked the gravity of this occasion. And, while Waco may not hold egregious rallies today such as the one in 1916, our community, and our country, continues to trip itself up with “fear-of-the other” behaviors and attitudes that “disembody” people of color.   Ta-Nehisi Coates describes this phenomenon poignantly in his recent book, Between the World and Me. Look no further than existing policies and practices that continue to disproportionately impact minority groups: the historic bias of standardized testing, the mass incarceration of African-American men, for-profit detention centers, predatory loan businesses, and the persistent misogyny and institutional racism plaguing many of our “prestigious” universities and organizations. All these things are part of an unfortunate mindset rooted in fear and fragility. 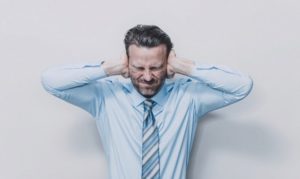 Look, as a white male of current and historic privilege, I get it. No judgment here if you feel fragile when facing these truths. It’s uncomfortable to sit with these feelings without offering words of hope for humanity or citing current breakthroughs, especially when the event in question happened 100 years ago. But herein lies the tension: In order for personal transformation to stir, Critical Race and White Identity Development theories point to the need for living fully into this tension — without the crutch of self-serving cliché’s and well-intended suggestions. Living into this cognitive, moral, and spiritual tension is work!

People much smarter than I am who study racial reconciliation agree: to develop cultural competencies that can lead a city, a church, or an organization to greater equity, inclusion, and redemption is to live deeply into this tension.  As such, I’m grateful for the privilege of attending the memorial service, grateful to be starkly reminded again of my own fragility. Writing this piece for ALW is one of a number of cathartic experiences I have had of late (including responding to my 10 year-old son’s questions about privilege, fear and violence in response to the Waco Horror and service) that are humbling reminders that I still have much to learn and do on the journey toward redemption.

*For a richly uncomfortable account of the Jesse Washington tragedy, I encourage all Wacoans to read The Waco Horror by Jesse Washington at http://theundefeated.com/features/the-waco-horror/ 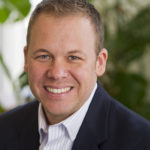 Joel Scott most recently served on faculty at Boston University. His scholarship is anchored in moral development with an eye toward higher education reform. After four years of commuting and 300,000 flyer miles, his family has decided to remain full-time in Waco. Joel is currently re-rooting, looking forward to backyard barbeques, driveway basketball, and living a more integrative life.