Entrepreneurs of Waco: Shane Turner and The Waco Hippodrome

(Note: This post is part of a series called “Entrepreneurs of Waco.”  The series is collaboration between the McLennan Small Business Development Center (SBDC), the Professional Writing program at Baylor University, and Act Locally Waco.  The McLennan Small Business Development Center offers technical assistance, business mentoring, training, and resources for all stages of small business. For more information, visit their website: www.mccsbdc.com.  To see all the posts in this series, click here: Entrepreneurs of Waco.  – ABT)

The Waco Hippodrome is a historic gem on the corner of Austin Avenue and 8th street. The distinctly shaped, bright red sign declaring the building the “WACO HIPPODROME” shines bright in the night.  The interior of the theatre has maintained many features that remind guests of the building’s history. The red velvet curtains at the entrance to the theatres, the muted greens and reds of the carpet in the lobby, the brass candelabra sconces lining the aisles, the detailed lattice of gold, plaster rosettes that climb the walls and cover the ceiling, all whisper the stories of years gone by.

The Waco Hippodrome opened in 1914 as a vaudeville theatre, and has survived a fire and many changes in management. Since the late 1970’s the theatre has struggled to stay open. Many have tried to bring the Hippodrome back to its former glory, but were unsuccessful. Shane Turner and his brother, Cody purchased the Hippodrome in 2012. After a two-year renovation that involved adding a mezzanine level restaurant, they opened the Hippodrome’s doors to the public once again. Now the theatre is a versatile venue for seeing a film, having a meal, watching live theatre and music performances, and hosting charity events.

Shane Turner is a man who follows his heart. He describes this as “going with the flow” and has followed this practice throughout his life. He never planned on being an entrepreneur. He studied political science and had plans to become a lawyer. He even took the LSAT, but decided soon after that his heart wasn’t in legal work. Instead, he went into business with his brother, Cody. Their parents were entrepreneurs in construction, so it was natural for the Turner Brothers to go into real estate. The brothers have been developing properties in Waco for years. In those years, Shane has developed a love for building up and improving Waco. 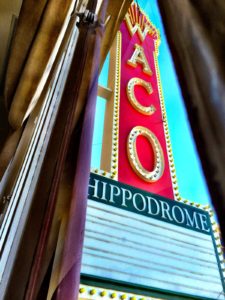 Shane and his brother have found success in real estate.  They own several multifamily properties and loft condominiums in the Waco area, including Tinsley Place and the Altura Luxury Lofts that are currently being constructed. But, the Hippodrome is different from those other properties. Why would they choose to purchase a movie theatre, especially one that has been sitting unused for years?  The Hippodrome’s history of unsuccessful runs was surely not encouraging for potential business owners. Also, Shane had no experience running a movie theatre and restaurant. He has had to learn how to deal with studios and musicians and how to face the many challenges of running a restaurant, like employee turnover and understaffing. Money wasn’t the motivation. Shane’s passion to develop downtown Waco is what guided him to take on the Hippodrome. “We did the Hippodrome to help promote downtown. We didn’t walk into the Hippodrome expecting to be in the black the first month.”

The transformation Shane Turner desires is more than just seeing the downtown area fill with businesses. He loves the Waco community. “In Waco, people are easy to get along with. Some communities are closed off and they don’t want to share the wealth, but Waco isn’t like that.” He wants to make a difference that benefits the people in more than just economic ways.

The work he has done opening the Hippodrome is doing exactly what he hoped it would. The theatre adds some prestige to downtown and provides a place for people to enjoy themselves. Shane especially enjoys hearing the stories of the people who grew up watching movies or had their first date with their husband in the theatre.  One big way Shane has had a social impact on downtown has been by providing the Hippodrome as a venue for Harris Creek Baptist Church on Sunday mornings.

Harris Creek’s mission is to “seek the welfare of the city.” In August 2011, Harris Creek they started a downtown campus in a building across the street from the Hippodrome, called the Palladium. It was a huge success. The two Sunday morning services were always packed. The problem was the level floor and columns in the Palladium made it almost impossible to see past the person standing in front of you. Shane, a deacon at Harris Creek, offered the Hippodrome as a new location.  In November of 2014, the church made the move across the street.

It is easy to get lost in the wonder, beauty, and warmth that is created in the Hippodrome on Sunday mornings. The Hippodrome becomes a modern day cathedral, where people are praising God in an ornate, beautiful building. On a recent Sunday the pastor even started a series called “God in the Movies.” It seemed fitting to hear the sermon in a movie theatre.

After the service, people spill out of the theatre and mingle in the lobby or on the sidewalk outside. Everyone is smiling and laughing, making new friends and catching up with older ones. The feeling of love and community is tangible.

Shane Turner doesn’t brag about his accomplishments. He says “Go with the flow. See where it takes you. I never thought I’d be doing this and I’m enjoying it.” He acts as if his accomplishments just sort of happened and had nothing to do with him. It seems possible that he is not even aware of the impressive impact he has made.

Galan Hughes, Director of Ministry Development at Harris Creek, says of Shane, “He would say ‘I’m not the most articulate person, and I’m not a champion or a cheerleader,’ but he has an incredible heart to transform this city.” Looking at the Hippodrome and the lives touched by it, it definitely seems that way. 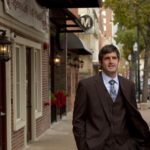 The entrepreneur…  Shane Turner Graduated from Baylor University in 2002 with a degree in Political Science.  Since graduating Shane has made a career in Real Estate and Real Estate Development.  He started his first development almost 7 years ago and since that time has completed numerous other developments in multi-family, office, and commercial retail.  He and his brother own a Real Estate Investment company whose portfolio ranges from single-family residential rentals, multi-family units, retail space, office space, and restaurant space.  Shane is very active in his community and serves on the Boards of numerous charitable and community organizations.  He is an active member of Harris Creek Baptist Church in McGregor, Texas. 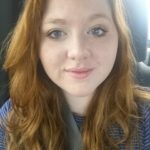 The writer…Payten Arthur is a social entrepreneurship major at Baylor University. She lives in an apartment with her twin sister, her best friend, and her Great Dane, Marlowe.