Waco High Journeys “Under the Sea” with Mermaid! 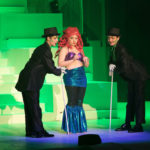 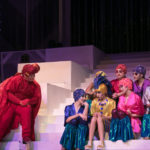 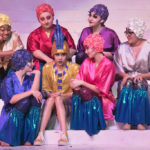 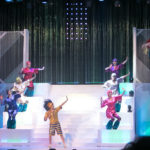 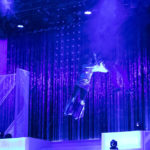 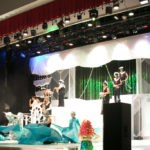 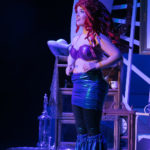 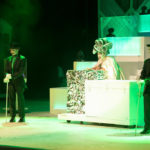 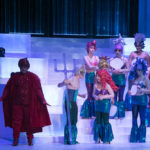 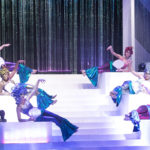 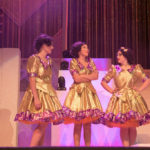 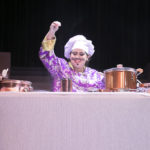 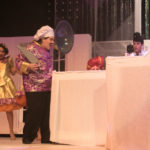 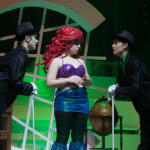 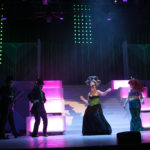 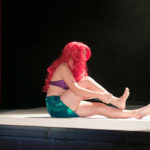 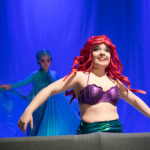 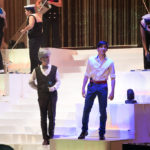 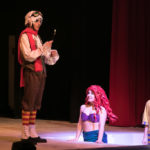 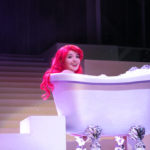 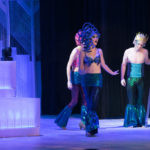 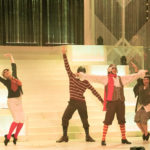 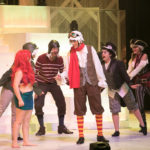 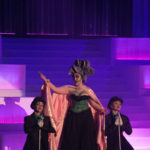 As the directors of the Waco High Musical Theatre Department, we’ve had the opportunity to “go” a lot of places. A few years ago, we went to the jungle with our production of Tarzan. Last year, we traveled to Paris with She Loves Me.  In the early years of the musical theatre program we went to Egypt in Joseph and the Amazing Technicolor Dreamcoat and went into the woods in…well, in Into the Woods. 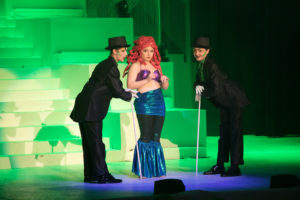 Last year, as we started thinking about where we wanted to go this season, one place rose to the top of the list very quickly—under the sea. Music Theatre International, the licensing agent for many musicals, made the rights to the stage version of Disney’s The Little Mermaid available at the end of Summer 2015 and we knew that we wanted to jump at the chance to be one of the first schools to produce it.  We couldn’t keep it a secret for long, and announced our plans on opening night of She Loves Me that Fall.

We tend to start planning for shows right away, even when they’re months out, and this was no different. Ideas were bounced around, but when Cory Garrett (Waco High Technical Director) suggested setting our under the sea tale in the world of Old Hollywood, Vegas, Vaudeville and Follies, we knew that our love for spectacle and this classic story would perfectly blend in this concept. Research began with Cory at the design helm, and with student designer Julian Nicholson at his side, we soon had a set design that centered around the classic Vegas-style staircase with plenty of glitz, glam, and glitter thrown in (we REALLY love glitter!).

Construction began just after the 2016-2017 school year began, with Julian Nicholson heading up the crews as Student Technical Director and Alex Lujan as Construction Crew Head. An unprecedented number of tech students showed up to every single rehearsal to tirelessly work to bring the design to life. The vast majority of the set was constructed entirely by students, under Mr. Garrett’s oversight. We never cease to be amazed at what these students are capable of doing.

While the set was going up, plans for other technical components were well underway. In a show like The Little Mermaid, you already assume that you’ll be using plenty of fun colors and creativity, but when you add the extra element of setting the story in the world of Vegas razzle-dazzle you end up with quite the job ahead of you. Fortunately, we received a grant from the WISD Education Foundation for the creation of a costume and makeup lab, so we were ready for the challenge. 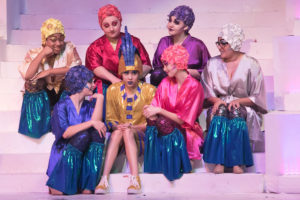 When all was said and done, we ended up with 108 different costumes for 45 performers. These costumes, designed by Mr. Garrett with the help of Student Designer Dion Grisby, were truly a labor of love. They were the product of multiple orders from Amazon (for individual pieces that were then altered, modified, and pieced together), trips to Dallas for some of the most beautiful fabric I’ve ever laid eyes on, 3 professional seamstresses, 2 choir directors who always swear they aren’t going to make any costumes but always do (Carrie Forehand and Christie Lujan are the BEST), innumerable burns from hot glue guns and dozens of students working together to create beautiful sea creatures, amazing foam wigs and the most fabulous mermaids you’ve ever seen.

This was the most ambitious production WHS Musical Theatre has ever taken on, but we definitely operate with a “great risk—great reward mindset”, and our students never disappoint. This year, we added two locations to our travel list as we went both under the sea and under the big lights of Old Hollywood and Las Vegas. We’re not sure just yet where next year will take us, but we know one thing for certain—we’re so happy to be going there with the amazing students, staff, administration and supporters of Waco High and Waco ISD. 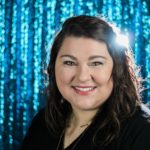 K’Lynn Childress is the Director of Theatre Arts at Waco High School. She, Cory Garrett, Carrie Forehand, and Christie Lujan make up the faculty of the Waco High Musical Theatre Department. Now in her 6th year of teaching at Waco High, K’Lynn is also the Speech and Debate coach and UIL Academic Coordinator. In the rare times she’s not at the school she enjoys photography, attempting to teach herself calligraphy, spending too much time on Reddit, and Steel City Pops.