Bonding through Music in Friday Band

It has been my experience that most people have at least one thing that really lights them up.  Something that, when they participate in it or observe it, creates a feeling of joy in that person.  Their emotions run high and they lose track of time.  For some it is dance; for others it is art.  For me, it is band.

I thoroughly enjoyed participating in band in junior high and high school, and I planned to continue with band in college.  During summer orientation my college advisor told me that in order to take my major seriously I should limit extracurricular activities and focus on my studies.  Based on that advice (which, by the way, is no longer considered to be “good” advice), I did not join my college’s band, and it is one of my biggest regrets.  I played my trumpet a few times a year at my church, but not as part of a band.

Almost twenty years later, as I was preparing my classes for the beginning of the spring 2015 semester at MCC, I received an email from our Music Department inviting faculty and staff to join a new band that was forming that semester.  Friday Band, as it was named, would be for MCC employees, students, and community members.  I immediately knew I wanted to be part of this group.

I felt nervous as I approached the band hall on the first day of rehearsal.  I had no idea what to expect.  When I arrived, Sarah Harris, who was Director at that time, made everyone feel welcome.  She helped us find our section and talked with us about how much we had played since high school and what part we wanted to try within our section.  I saw a few familiar faces of MCC colleagues, but most of the musicians were community members and students.  When everyone was in the proper place, we started to play.  Even something as basic as that first warm-up scale sparked a bit of that old familiar feeling in me.  It was immediately gratifying to play in a large group again.

Each semester, Friday Band meets for 90 minutes (on Fridays, of course) and rehearses between seven and nine pieces for a concert to be held at the end of the semester.  The pieces vary widely in difficulty level and style, from pieces written for junior high bands to more traditional classical pieces.  It has been very refreshing to have the opportunity to play new music every semester.  Both Ms. Harris and our new Director, Jon Conrad, are very patient, and the rehearsal atmosphere is relaxed and fun.  If we attempt a piece several times and we are not able to make it work, we move on to something else.  By the end of the semester we are able to present our concert pieces proudly.

In the same way that the music varies widely, so too do the backgrounds and playing levels of the band members.  There are musicians who had not picked up their instruments in the twenty (or more) years since high school, and there are musicians who played all throughout college and never stopped.  There are college students in their late teens and early twenties, people who have retired, and every age in between.  One of the best parts of being in Friday Band for me has been connecting with so many people through music.  I sit next to people I otherwise never would have met, and we have bonded through playing music together.  Each semester has a different combination of people; some familiar faces return and new ones join the group.  It has been particularly nice getting to know the students, learning about their career goals, and discussing where they want to transfer.  Some of the students play their principal instruments in Friday Band, while others sharpen their skills on a secondary instrument.  Their musical abilities are impressive.

I have participated in Friday Band each semester since the beginning, and I will continue to do so as long as it is offered.  As a working wife and mother, it is sometimes hard to justify spending time on something that is just for me, but I think it is important to make the time for something that I enjoy so much.  I feel more connected to my MCC and Waco communities, and my children seem to enjoy attending the concerts and even listening to me practice.  I am even hopeful that one day my husband will brush off the dust from his drumsticks and join the band with me.  I am very grateful that this opportunity exists.

The fifth semester of Friday Band will begin on Friday, January 20th.  If you are interested in participating, contact Director Jon Conrad at [email protected] or (254) 299-8220.  Band members can sign up to take the class as credit, if desired. 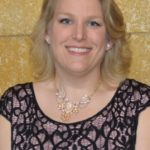 Jessica Shelton is a Licensed Professional Counselor and a Licensed Marriage and Family Therapist. She works at McLennan Community College as an Associate Professor of Mental Health/Social Work. In her free time she enjoys cooking, hiking with her family, and of course playing trumpet in the Friday Band.