The Importance of Citizen Science

Have you heard of “citizen science”?  Different definitions for this term exist but they typically say something like: “Citizen science is scientific work undertaken by members of the general public, often in collaboration with or under the direction of professional scientists and scientific institutions” or one I like “projects in which volunteers partner with scientists to answer real-world questions” (Cornell Lab of Ornithology, a leader in citizen science).  Even if you didn’t call it citizen science, you probably know someone (maybe you) who has participated in a citizen science project.

Although the term citizen science is relatively new, amateur scientists (who may have had no formal training in science) have contributed to scientific discovery throughout history, and continue to do so today.  They do so because of a love of knowledge and a desire to learn about the natural world.  In fact, many great early scientists had other occupations and science was something they pursued in their leisure time.  Today, many professional scientists “crowdsource” data collection to help them accomplish tasks that otherwise might be difficult or impossible.

Citizen science has been practiced in Waco since at least 1957 through people participating in the annual Audubon Society Christmas Bird Count, which this year entered its 117th year.  Researchers have used data from the Christmas Bird Counts in over 200 peer-reviewed papers to answer questions about bird community ecology, distribution and population dynamics.  This year I participated in one of the two counts held locally, and it was great fun.  No experience necessary!

Both the City of Waco and Baylor University support the Texas Stream Team which has trained citizen science water quality monitors around the state for over 25 years.  The City provides kits and resources for volunteers concentrated on monitoring sites in the streams and rivers that feed Lake Waco, our source of drinking water, and Baylor students monitor sites around the Baylor campus.  The data is entered into a statewide database that is accessible to all. 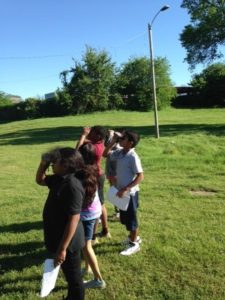 Participation in citizen science is not limited to adults!  This spring, students at Indian Spring Middle School and Dewey Recreation Center began participating in Science Action Clubs, Birds in Your Schoolyard.  They are learning about birds weekly and collecting bird counts which will be entered into the Ebird database.  The Cameron Park Zoo is also hosting this program.  On World Water Day March 22, 300 8th graders at Cesar Chavez Middle School measured water quality from the Brazos River, Waco Creek, and Lake Waco and their data will be entered into the EarthEcho Water Monitoring Challenge database.

Citizen science is a great way for people, regardless of age, background or education, to be more involved in scientific endeavors that interest them.  Science benefits all of society, and the cost to fund scientific research is largely borne by the public, but those involved directly in scientific research have often been a fairly narrow swath of society.  Now more than ever in the face of a changing climate (both literally and politically) science can use champions among the public.  Will you be one?

Want to participate or learn more?

To learn more about the diversity of citizen science projects that may interest you, try visiting sites like scistarter.com or citizensciencealliance.org. 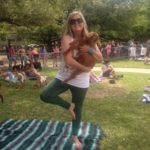 Melissa Mullins is an aquatic scientist who coordinates education and outreach at Baylor’s Center for Reservoir and Aquatic Systems Research.  She is a Baylor alum (M.S. Environmental Biology ’95) and is on the Board of the Informal Science Education Association of Texas which focuses on promoting science learning outside the classroom.  She loves goats and yoga and recently visited the Nile River in Uganda as part of a Baylor trip.  She believes that a vibrant scientific community that includes the public in its work is a fundamental underpinning of a democratic society.