Nevertheless, I came back…

I moved to Waco in 2010 and I spent my time there working towards moving away.  That sounds horrible, but it had nothing to do with Waco itself.  My husband was there to get his PhD at Baylor and the point of that program is to finish it!  Waco, it turns out, was also very far from our Midwest family and friends.

The first few months were really hard, as I stayed home with our young daughter, but eventually I started my internship in ministry at St. Matthew Lutheran Church.  There I found amazing folks who began to show me the best of what Waco had to offer.  I made friends at Baylor who are still very dear.

Still, the goal of an internship is a job.  The goal of school is to graduate.  I did a long-distance interview with a congregation in Ohio and eventually got the job.  Eagerly, I packed our kids (we added a son in the meantime) and our stuff and headed “home.”  When people around here ask me what it was like to live in Waco I usually say, “it’s a fine place, just hot and very far from here.”

About a month ago I heard through Facebook that there was going to be a conference of women preachers in Waco.  I had been searching for continuing education. It’s late in the year and I still had some budget left.  Good friends confirmed that they would be going, so without overthinking it, I bought a ticket and arranged for travel.

Two lines into the beautiful welcoming statement at the opening worship of the “Unauthorized: Nevertheless She Preached”  conference, I had tears in my eyes.  I didn’t know how desperately I needed just this place and these people until I was standing there.  The line-up was full of inspired, strong, dynamic women.  I was delighted with the chance to hear from so many people with different experiences, different backgrounds, different challenges and different gifts.  When they shared their hard and beautiful stories I saw Jesus, and the crowd was full of both men and women who practice spotting Jesus in places our society overlooks.  I would not have missed a minute of this gathering and it was well worth the 1,221 miles I traveled to get here (by plane of course!)

Fed by my time at the conference, I also got to explore Waco again! Coming into town from Dallas down I-35, I was surprised by the bold statement that the Baylor stadium makes, all of that was different last time I was in town!  I met up with a dear friend for dinner at Rudy’s, which as far as I can tell, hasn’t changed a bit. I made my husband salivate from afar with a photo at Taco Zs with their new (at least since our late night burrito days) stand.

I visited the little house on Huaco Lane where we made family memories.  I found magnets that had fallen under the fridge during our time there.  The various graduate students and young professionals that have rented it from us since we moved have taken great care of it!  (It will be up for sale soon if you are looking for a good starter house!)

Dinner at Buzzard Billy’s, as usual, did not disappoint.  I had my favorites, including the bread pudding, which of course I took home for later.  The view was the same, except for the sidewalk that heads right out into the river to skirt the deck.  It’s a very cool thing to walk all along the river and right to the stadium.  I also experienced the Hippodrome for the first time for a Jennifer Knapp concert as part of the conference and was impressed with the space.

As I sat in front of Common Grounds realizing that a Cowboy Coffee was much better suited as fuel for the time in my life when I was a sleep deprived new mom of a toddler and infant also trying to do campus ministry, than it is for a day of driving/sitting in an airport and airplane/driving again, I was so very, very grateful for Waco.  Grateful for the people and places that were an important part of my life.  Grateful for the new people I had met and the changes taking place.  Grateful for Natalie Webb and Kyndall Rothaus and all of the women who did so much to put this conference together.  Very, very grateful that they have announced that Unauthorized: Nevertheless She Preached will take place again next year!   See you then, Waco! 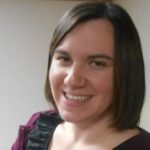 Angel Jackson is the pastor of St. John Lutheran Church, McZena, Ohio.  She was a pastoral intern at St. Matthew Lutheran Church in Waco and the interim Missioner at Canterbury House, the Episcopal Student Center near Baylor.  She loves parenting (most of the time) and reading and is passionate about women’s voices and radical hospitality.