“A suicide is like a pebble in a pond. The waves ripple outward.” 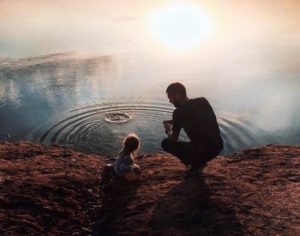 Many years ago, my colleague Ken Norton, LICSW, director of NAMI New Hampshire, shared this quote, and it has stuck with me. Visually, when you see a pebble drop into a pond, it’s something small that makes a big impact.

The first “waves,” close by, are big, and as they move outward, they get smaller and smaller. The reach of the pebble’s waves is much greater than the size of the pebble itself.

When someone dies by suicide, the people impacted most dramatically are those closest to the person who died: family, friends, co-workers, classmates. As a result, the people who interacted regularly with the individual who ended their life will miss the physical presence of that person and typically feel the loss most intimately.

But, those people represent only the first wave, or the initial level of impact. Those people who are members of an individual’s community, such as members of a faith community; teachers, staff and other students in a school; or service providers, may also be affected by a suicide.

Some of these people may feel the impact in a way that feels similar to those closest to the person who has died. In a situation where the individual has struggled openly with mental health concerns, those who knew of the struggle will feel the pain of the loss—likely wondering if they could have done more.

People who may not have even personally known the individual who died can also be impacted. Like emergency medical personnel, law enforcement, clergy and others who respond and provide support to the family and community, either at the time of death or afterward.

Ultimately, in the way that a pond is changed because of a pebble, an entire community can be changed by a suicide. According to a 2016 study, it is estimated that 115 people are exposed to a single suicide, with one in five reporting that this experience had a devastating impact or caused a major-life disruption.

So, what can be done to manage the impact of a suicide, and work toward future prevention?

Stigma only leads to silence. And silence about a suicide loss does not contain the ripple effect—it just leaves people feeling isolated, as if they are facing this tragedy alone. When someone dies by suicide, the aftermath opens up an immediate opportunity to talk about suicide as a public health issue that affects all of us. We all have a role to play in prevention and decreasing stigma by sharing our stories.

Increase Support To The Community

The impact of a death by suicide can be vast, as people hear about suicides through the proverbial grapevine. Community hotlines and the National Suicide Prevention Lifeline (1-800-273-8255) should be advertised, and community groups, such as faith communities, may want to convene opportunities for people to come together to mourn and receive support. Peer support from people who have lost a loved one to suicide can be healing—it can be very powerful to know you are not alone and to connect with others who have also experienced suicide loss. The American Foundation for Suicide Prevention (AFSP) maintains a registry of support groups, including a specific list of survivor support groups.

For those who respond to a crisis, providing a way to process a suicide is different, though just as important, as providing support to those more intimately impacted by a death. Crisis responders need space and time to debrief in order to be able to continue to respond appropriately, both in terms of their own reactions and in the way they support those who have lost a loved one.

For those struggling with suicidal thoughts, access to mental health treatment can be key to saving a life. If you personally know someone struggling, encouraging them to seek help —even helping them get to that first appointment—shows that you support them.

In the bigger picture, advocating for better insurance coverage for mental health treatment will allow more people to be able to access professional help. Schools, primary care offices and community programs serving people at risk can organize screening programs as long as there are resources in place to be able to effectively refer those at risk to appropriate treatment.

As we witnessed recently, a suicide by a celebrity can have widespread impact. For those who have lost loved ones to suicide, hearing of another death by suicide can be triggering and emotionally draining. For people who have survived suicide attempts themselves, media coverage of suicide may increase their own feelings of suicidality. And yet, paying attention to these deaths increases our collective awareness of suicide as a problem and highlights suicide prevention as a need.

When we grieve together, we realize the impact of one single life—one pebble in a pond. 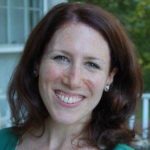 Elana Premack Sandler, LCSW, MPH is an Associate Professor of Practice and an Assistant Director of Field Education with [email protected] Since 2009, Elana has been blogging at Psychology Today on suicide and suicide prevention, with a focus on the intersection of mental health and social media.