Get to know your City Council Representative!

If you’re like me, one of the first things that pops into your mind when you think of local government is the small town of Pawnee, Indiana, home of NBC’s hit comedy Parks and Recreation. In the show the politics of Pawnee are quirky, unreasonable, and unique. While the show may not be based on a real town, local politics can be all of these things. I imagine the politics in Waco are no exception. Sometimes situations can create quirky political solutions. Other times, political, social, or legal realities can force decisions that may be considered by some to be unreasonable. And Waco is unique; the city has its own history, its own problems and its own way of solving those problems in the political arena.

But sometimes it can be hard to know what is going on locally or confusing to figure out how things work in the city. I’m new to Waco and I wanted to learn more about how local politics work here. And I wanted to share what I found with everyone! So, here goes!

Waco’s local government is set up in a council-manager model. What does this mean? Basically we, as Wacoans, vote to elect council members to represent the five districts in the city. The “mayor” is elected at-large and becomes the sixth member on the council. The mayor serves as the head of the government for ceremonial and emergency purposes. The mayor is also the only council member with a term limit. No one may be mayor for more than three two-year terms. So, the council has six members, five directly represent each district, and the mayor represents the city as a whole. All council members and the mayor are volunteers, by the way.  They don’t get paid for their service.

These elected officials, working on behalf of their constituents (the citizens of Waco) hire a professional public administrator (aka the city manager) to be the planning and executing arm of the government. The city manager is in charge of executing the vision the council has for the city. Day-to-day operations, making sure the city is responsive to the needs of the citizens of Waco, and providing feedback to the council on how things are going are part of what the city manager does for the city. So, in a nutshell, the city council provides a forum for the people’s voice to be heard in the legislative process of the local government. They are the elected representatives of the people and have a certain function granted to them by the city charter. The city manager provides the city with an executive power, granted that position by the elected members of the government.

So what does this mean in a practical sense?

I spoke with Councilman John Kinnaird, who represents District Three, about the relationship between the council and the other parts of city government. The council, as mentioned above, provides a vehicle for the people’s voice to be heard. Whenever there is a problem in the city the public has the opportunity (and the responsibility) to let the city know about it. The council ensures that taxpayers’ dollars are being put to use on projects the public cares about. One practical example of this is the roads in Waco. People have been bringing up issues with the city’s roads and the council has begun responding. Typical road maintenance costs the city about $3.5 million in a given year. When I spoke with Councilman Kinnaird I learned that, in response to citizen’s complaints about the roads, the city is putting $16 million this year towards road repairs. The council decides how the money will be spent and works to ensure the different parts of city government are working to accomplish the tasks desired by you, the citizens of Waco. The response may not always be as quick as we would like, but the council listens to the citizens and works to make sure problems in the community are solved.

Another example is the local animal shelter. There was an increasing demand on the limited services provided by the Waco Humane Society. They were taking in 10,000 animals per year and two-thirds of those animals were being euthanized because the shelter could not keep up. The council saw the need and worked to help provide support for the shelter. The council worked to fundraise money, they partnered with nonprofits in the community providing excellent care to the animals of Waco to learn how those organizations were serving the needs of those animals.  There was a concerted effort to make the public humane society work for the community and for the animals that found themselves without a home. As a result of all this collaborative work, more recently the shelter was taking in around 6,000 animals per year and had a more than 90% live exit rate. That’s pretty cool.

Local government may not always be “sexy”; it may not always be exciting or even interesting. But what happens on the council affects each and every one of us. Talk to your city council representative. They want to hear what you have to say, and they are members of the community just like we are. They care about what happens here and they want you to care as well. Find out who your representative is. All of the information is available at www.waco-texas.com/council.asp; you can find district maps as well as the names and contact information of the council members.

You can also attend the city council meetings, which happen the first and third Tuesday of each month with the “Business Session” starting at 6 PM. There is always space made for citizens to address the council at each meeting. Get to know your representative. Get involved. Help make the Waco community better and stronger. 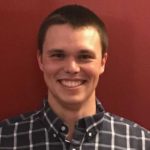 Graham Duncan is 24 years old, recently married, and recently moved to Waco. He graduated from Asbury University in Kentucky in 2016 with a degree in Political Science. Since graduating, he spent a year as a full-time service volunteer in Tucson, Arizona, and after that started working at The Home Depot. His wife is currently studying for her Master’s in Higher Education at Baylor and he is doing his best to support her!