Learning about former prisoners returning to the community

The issue of recidivism is what brought me to Waco just six months ago as a Volunteer in Service to America (VISTA). When I told my family and friends about the impending move, I found that many had no idea what the term recidivism even meant, let alone why it is such an important issue for our society on the National, State, and Local level. Until very recently, I myself did not have a great understanding of recidivism or its importance, but the past six months have opened my eyes to the struggles that many formerly incarcerated individuals face when they leave jail or prison and return back into our community.

Recidivism may sound like technical jargon. Here’s a definition: “Criminal acts that result in the rearrest, reconviction, or return to prison with or without a new sentence.” The “recidivism rate” typically refers to the percentage of formerly incarcerated individuals who return to incarceration within three years.

Nearly 95 percent of State Prisoners will return to their communities at some point in time, with 600,000 prisoners released annually nationwide. While some of these men and women will successfully make the transition out of incarceration and back into a community, many are not so fortunate. Nationally, the recidivism rate hovers near 41 percent.

High recidivism rates may mean that ex-offenders are committing new crimes when they are released. This becomes a public safety issue. Working to help ex-offenders build positive behaviors and supporting them in their transition out of incarceration can mean a safer community for us all.

The economic implications of the recidivism rate are also very important. In a time of tightening budgets, saving money by reducing the number of inmates in county jails, as well as state and federal facilities, can help to direct tax dollars that would have been used to keep people behind bars to other more productive areas.

To put things in a local perspective, the average daily cost to house the entire jail population in McLennan County adds up to $52,628 dollars per day. Another way to think about these costs is that it costs more to house an inmate in jail for 5 months than the average price of tuition at a public university in Texas. The high cost of keeping offenders behind bars means that even a small percentage decrease in the recidivism rate in our county can help to save a significant amount of money for taxpayers.

Lessons That I Have Learned

While it is easy to get lost in all the reports and data regarding recidivism, some of the most important lessons that I have learned have come from informal conversations with those who have been behind bars and are currently making strides to get their lives back on track.

One of these conversations was particularly eye opening in that it demonstrated just how many obstacles exist for people who have a criminal record. This person had already completed a very arduous two-year drug rehabilitation program and had also managed to find employment, but he opened up to me about the other struggles that made life after prison so difficult. The very modest paycheck that he earned had to cover probation fees, child support payments, and tuition at a local community college. This left him with very little after all of his obligations had been met. Instead of being downtrodden, he beamed with excitement while telling me about how he was finally working towards his dream career and how all of the hard work in his rehabilitation program had finally started to pay off.

While many fall back into old habits when faced with adversity, this individual helped to show me that successful reintegration is possible when programs and support systems exist to help those who want to turn their lives around.

How You Can Help

A report released by the Council of State Governments Justice Center stated that it is of special importance that ex-offenders get support in their own communities rather than looking to centrally based institutions. This finding demonstrates the necessity of a community wide effort to help reduce recidivism and provide these fellow citizens with the support that they need to help put their life on the right track and stay there.

Individual efforts to educate the community are helpful. Mission Waco Legal Services Lawyer Kent McKeever’s “40 Days in Orange” campaign helped shine the light on recidivism in McLennan County, and his story even reached the pages of the New York Times. We may not all be able have our own story in the one of the most circulated newspapers in the country, but we can help to educate our friends and neighbors by simply having a discussion about recidivism and what we can do to help reduce the number of people returning behind bars.

If you are an employer, consider giving one of these returning citizens a chance. Many of these ex-offenders have marketable skills. The employers to whom I have spoken claim that many of the ex-offenders that they have hired have been dependable and have displayed a great willingness to work. Also, employers may be eligible for a Work Opportunity Tax Credit when they hire an ex-offender. 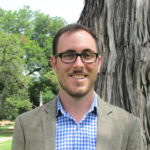 This Act Locally Waco blog post was written by Cameron Goodman. Cameron is a recent graduate from the Bush School of Government and Public Service and is serving as an AmeriCorps Vista member through Baylor¹s Office of Community Engagement and Service (CES). For more information on programs offered through CES, please visit http://www.baylor.edu/engage/.  If you would be interested in writing for the Act Locally Waco blog, please contact Ashley Thornton by emailing [email protected] .