Yes, You Can Say That: Respecting the Power of Dissent

Chances are you have reached this article through a post on your Facebook newsfeed. Being well-versed in the ins and outs of this media outlet, you are probably well aware of a coveted, and infamous symbol. A symbol that is used to convey quick, but not necessarily thorough, feedback. A symbol that will be used 1.8 million times in the next 60 seconds. A symbol that right now probably sits lonely and desaturated in shades of grey and disregard; but by the end of this article, may glow with an affirmative shade of blue: the “Like” button.

Now, imagine with me the completely unlikely event that you reach the end of this article and find yourself dissatisfied with the exposition of this subject, or at odds with the perspective of its astute author. If you find that you do not like this article, do you have the same options available to you to “dislike” as you do to “like”? The answer is no, and this absence speaks volumes about our culture’s relationship with dissent. But is agreement the only useful reply?

In social work, one of the skills we are required to learn and develop in becoming competent practitioners is a skill called Reaching for Negative Feedback. When using this skill, the social worker intentionally asks his client for feedback concerning unmet expectations, incompatible goals, unwanted outcomes, or any client experience which could be improved upon. It is a vulnerable yet valuable position for the social worker, and an honoring position for the client. At first, I did not comprehend the necessity of this skill, nor understand why we had to inquire about discontent. That was until I considered our boardrooms, our workrooms, our classrooms, even our living rooms — all common places in which we do not readily give permission to disagree. When was the last time you disagreed about a certain course of action where you work, or learn? When was the last time you were asked about it?

In her TED talk, speaking about the power of disagreement, Margaret Heffernan shares the benefits that disagreement has on progress and development. According to Heffernan, great teams and businesses are created when “people are allowed to deeply disagree.” This concept seems to go against what we have been taught about leadership and management. How do we build consensus if we encourage disagreement? What levels of success might we expect from a company that approves dissent? The issue that Heffernan raises is that it’s not that we never disagree with matters in our workplace, homes, or our communities; it is that most of us simply never voice it.

During a recent meeting I had with my mentor, I found myself struggling with the experience of a lack of permission to disagree. My mentor listened intently as I described my attempts to resolve a progressively, deteriorating dilemma. She would interject, calmly, and pause – giving me time to recognize in my own voice the discomfort I was experiencing.  Suddenly, in the midst of my exasperation, she said, “You can say that, Liz. You need to know you can say that.” I stopped. She waited. Everything paused as I observed this unfamiliar, yet deeply empowering gift of permission. I did not know it, but I had been struggling with respecting the power of dissent. 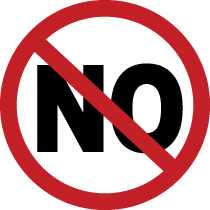 What was your response the last time you were uninterested, or displeased with a post? Sometimes dissent will be referenced in the comments, but most of the time, it will simply be through the “Like” button left to its passive, default grey. This lack of comment, lack of dissent, takes a significant toll on the strength of our organizations. We sacrifice critical thinking, creativity, and growth. What tends to grow in this type of environment is a sterilizing culture of fear and resentment.

Are we bold enough to hear what others have to say? Am I bold enough to receive negative feedback from this post? Waco, we have a lot to offer one another. We are enriched by our many voices; if only we will give them room to be. The integrity of our ideas is not held together by neatly spaced stitches of affirmation, or commendation. Our ideas should show indications of wear, and use. They should have fingerprints and smudges; evidence of being held and evaluated by others. Let them be worn and disheveled; let them be tattered and renovated. Let them be anything other than praised without inspection.

For two decades, Dr. Alice Stewart was the sole dissenter against using radiology on pregnant women due to the effects she observed in the unborn child. In our own country, the Civil Rights Movement was carried by those willing to stand for a collective voice of dissent to the nation’s laws. In Ferguson, a heartbroken community seeks justice through its gathered voice of dissent. Dissent should not be as easy to disregard in our everyday lives as it is on social media. It should find a common respect among other celebrated forms of communication.

You have now reached the end of this article. Consider this my formal attempt at Reaching for Negative Feedback. When was the last time you heard, “Dissenting opinions accepted here”? 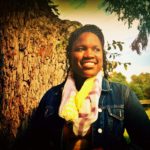