What can you do to continue the fight for justice? Join the NAACP!

As I watched the historic re-enactment of the Selma marches two weeks ago, my celebration was bittersweet. At a time when we should be celebrating the 50th anniversaries of the victories of the Civil Rights Movement of the 1960s, we are instead watching many of the greatest milestones of the twentieth century erode. While it was deeply moving to honor titans of the Civil Rights Movement of the 1960s such as Representative John Lewis and civil rights strategist Diane Nash, it was deeply disheartening to think of the moves on the state and federal level to turn back the clock. The very law made possible by the sacrifices that occurred on the Edmund Pettis Bridge in 1965 was gutted by the US Supreme Court in 2013. Almost immediately after the Supreme Court ruling, the state of Texas enacted laws with the intent and effect of making voting difficult or impossible for minorities, seniors, and poor people. 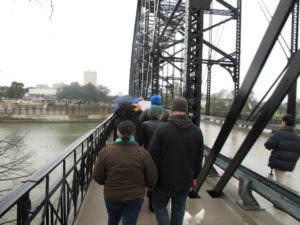 The Waco McLennan County NAACP organized a march across the Washington Street bridge in Waco to commemorate the Selma to Montgomery March for Voting Rights in 1965.

As I thought about what I could do as an individual to ensure that our country does not go back to the days when African Americans were not full citizens of this country, the National Association for the Advancement of Colored People (NAACP) was an easy choice for me. The NAACP has been fighting for the rights of all people since its founding in 1909. It was there during the Civil Rights Movement of the 1960s. It provided funding and lawyers for Martin Luther King, Jr. and the leaders during the Selma marches. And the NAACP has never stopped fighting on behalf of African Americans. Since the shooting of unarmed teenager Michael Brown in August 2014, the NAACP has been on the ground in Ferguson, Missouri. The NAACP is in court fighting Texas’s voter identification law.

The Waco NAACP chapter has a nearly eighty-year legacy of working in the Waco-McLennan community. It has been the voice of social justice in this area since its founding in 1936. As president of the Waco NAACP, I am committed to fighting back against those who seek to destroy or diminish the civil rights of any person. The chapter intends to address the economic challenges facing area families including the prevalence of food deserts in the city, lack of good-paying jobs, and lack of good public transportation. We are going to work with local school districts and families in pursuit of academic excellence for our children. We intend to advocate for, support, and provide resources for our families in the community with accountability for all stakeholders to ensure high quality education for all children. In light of the unjustified killing of African-American boys and men in Ferguson, Staten Island, Ohio, and other places, the chapter will focus on racial profiling, legal protection and treatment by police, and police/community relations.

There is a new Civil Rights Movement on the horizon and it’s being led by young people. It was the youth advocates of Ferguson who continued to protest long after the media had lost interest until the Department of Justice’s report vindicated what they had been telling the country. It is the youth all over this country who are learning how to develop and lead successful campaigns to bring about real change in their communities. The Waco NAACP is going to learn from these young people. We are going to sit down with them and let them teach us. Indeed, we are going to follow them and let them lead us.

Justice is not a black, white, or brown issue. Justice is a moral issue. Protecting the civil rights of all people is a moral decision. It should be a fight that all people who believe in doing right should be prepared to undertake. The NAACP was founded by a multi-cultural group of individuals of different races, ethnicities, religions, ages, and socio-economic backgrounds. We invite everyone who believes in justice for all to join the NAACP in this ongoing struggle.

Come join the oldest and largest civil rights organization in the nation in the fight for justice. We meet on the fourth Monday of each month at 6:30PM at the Texas Ranger Hall of Fame Education Center. Contact the Waco NAACP at [email protected]. 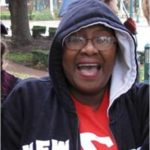 This Act Locally Waco blog post was written by Dr. Peaches Henry. Dr. Henry is a graduate of the University of Texas. She received both her master’s and doctorate in English from Columbia University in New York. She is an English Professor at McLennan County Community College.   She is the current president of the Waco McLennan County branch of the NAACP.