The River Brings us Together

A little over 8 years ago I told my boss in Houston that I was moving to Waco. His first question was, “Why?” What I told him was not dissimilar to how he responded to a mentor years ago when he told him he was moving from LA to Houston, “an opportunity to do something amazing.”

Without knowing much about Waco but studying it from an economic developer and community builder’s eye several things were readily apparent to me about why I wanted to be here. First, latent demand. Texas has been growing at an amazing clip for the past two decades, and Waco hadn’t kept pace with its peer cities in terms of growth rate. It was bound to explode at some point and an opportunity to be a small part of impacting a community as it transforms itself would be very interesting.

Second, looking at the downtown area, literally looking at maps and aerial photographs, the opportunity for revitalization was readily apparent in the amount of vacant land available. The Tornado is often talked about as a turning point in this community. I don’t believe that, but it didn’t help. We abandoned our core just like every other city in America; it’s just that after the tornado we had less to abandon. In the real estate development world open land is gold, open land that is already served by utilities is double gold. There aren’t a lot of cities in the United States with the possibility of growth that Waco has. Add that to the amount of available land in the core, and that was exciting.

Third, there were probably no other cities in America eight years ago that had that possibility for growth, and a relatively pristine, real river 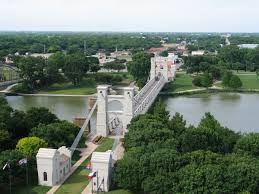 running right through the middle of its heart. Looking back, this unique combination of natural resources, opportunity and demographic trends are what’s positioning our community to achieve great things. I’d wager that, just like me, if it weren’t for the river, directly or indirectly, many of you wouldn’t be here either.

Celebrate the river, take advantage of what it has to offer our community, be excited for what it means and where it will take us.

Thanks you for all that you do to make Waco great. 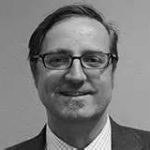 This Act Locally Waco blog post is written by Chris McGowan. Chris is the Director of Urban Development at the Greater Waco Chamber of Commerce. At the Chamber, Chris has been responsible for working with the business community, the public sector and other stakeholders to help revitalize our urban core and strengthen the heart of our city. He is the primary organizer of “1000 friends of Waco.” The goal of 1000 Friends of Waco is to prepare residents to be advocates for a vibrant, successful Greater Downtown Waco. Check it out at 1000friendsofwaco.com or follow them on Facebook and Twitter @1000friendswaco. Chris is husband of Cristi, dad of Ollie, and for fun he is a charcutier. If you know what that word means, you are probably eating way too much bacon!