Four-year College or bust? No way! Other paths just as valuable…

For more than 30 years, our educational system has done a disservice to our kids by teaching them that the primary path to a successful future is completing a four-year degree program after high school graduation. There are many unintended consequences of this educational track. The primary consequence is that kids who have no desire to attend a college or university feel as though they are inferior or somehow not as valuable as their peers who move on to advanced degrees. These children are not taught or shown other paths that are just as valuable and lead to rewarding careers as those requiring college degrees.

The construction industry is made up of careers that pay salaries that are in line with or higher than many careers requiring a college degree.  As the construction industry has become more and more technical, these jobs in the plumbing, electrical, and heating and air conditioning industries require the completion of advanced certification programs. Achieving these certifications requires just as much dedication, commitment, and maturity as completing a typical four-year degree program. In our Central Texas Area, the starting salaries for licensed plumbers, electricians, and heating and air conditioning technicians fall into a similar range as starting salaries for college graduates.  After completing their certification program, students in these fields can expect to start out earning between $35,000 and $45,000 per year.

Because there is such a shortage of qualified workers in the construction industry, most companies are hiring students who are still in the certification process and putting them to work gaining valuable experience in apprentice positions.  Students who come out of high school ready to begin a career can use this option as a means to help pay their way through their studies and not incur the crippling debt that so many four-year degree students are saddled with upon graduation. For children from low-income families, this is a viable path to breaking the cycle of poverty that has become generational for many of our students.

A secondary consequence of the “four-year degree or bust” model is the creation of a massive shortage of the skilled workers necessary to create housing, commercial projects, and public infrastructure – and those are just a few of the industries that are dealing with this terrible shortfall in labor. While it is a wonderful thing to have lots of English professors and accountants, we aren’t going to be able to rely on our tax guy to fix our plumbing when the pipes in our house start to leak.

And that brings me to an unintended consequence that is impossible to quantify. I firmly believe that there are a great number of people working in careers they hate.  They wish they had spent their time and money in other pursuits, but they were taught from Kindergarten on that to be a successful person in our society you had to have that four-year degree. There was a stigma placed on careers that didn’t require that college degree. When you look at how many or our greatest entrepreneurs either never went to college or started and dropped out to pursue their passion, it is obvious that there are many paths to being a success. Our children need to be exposed to those paths, so they can make the best choices for them.  That way maybe the next Steve Jobs doesn’t have to drop out of college and work out of a garage to achieve his or her dreams. And, yes, Jobs was a college dropout along with Mark Zuckerberg, Russell Simmons, Brad Pitt, Ted Turner, Bill Gates, and even Oprah to name just a few. 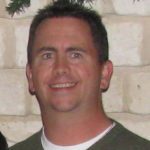 Scott Bland was born and raised in Waco.  He is an alumnus of Baylor University. He worked for Highland Homes in the Dallas area from 1998 to 2001, then joined the United States Secret Service as a Special Agent after the 9/11 attacks.  He retired his commission in late 2006 to return to Waco and take over the family business, Jim Bland Construction, where he has served as Owner and President of the company for the last 10 years. He is currently the President of the Heart of Texas Builder’s Association as well as a member of the Board of Directors for the Greater Waco Chamber of Commerce.