Ten years ago this summer I took a trip to New Orleans that changed my life.  I went there for youth camp with the kids from my church.  The camp had a focus on “missions,” and the “mission” that year was Hurricane Katrina clean up.   Even though it had been a year since Katrina, the Ninth Ward where we were working was still the biggest mess I have ever seen or ever hope to see.  The devastation from the storm was terrible, but that’s not what changed my life. It was like the storm had ripped the lid off the city so that it was easy to see the poverty and the wealth and everything in between.   It seemed like the mess was already there, the hurricane just laid it bare.

I was 45 years old and I don’t think I had ever thought about “the systems” of a community and how they worked, much less whether they were fair or good.  I think for my whole life I had been mainly just a “consumer” of my community.  Busy using what I liked – schools, hospitals, roads, fun things to do — I hadn’t given much of a thought to what a community “should” be like, or the work that goes into shaping a community, or that I might have some responsibility for helping to create a good community.

That week in the Ninth Ward flipped a switch in me.  I felt like the systems in New Orleans were broken – that all these people living in poverty was a terrible waste of potential and that our society couldn’t afford that waste. When one of the youth on the trip reminded us that the rate of poverty in Waco was just as bad as that of New Orleans, I began to feel a personal responsibility.  I began to feel strongly that for all our sakes, we had to do better. I started trying to learn more about poverty, about what we could and should be doing, about what I could and should be doing.

Learning about poverty has been like dropping through Alice In Wonderland’s rabbit hole into a whole confusing, tangled spaghetti bowl of problems and opinions and statistics and theories and theology and political stratagems and turf issues about education and workforce development and affordable housing and health care and neighborhood development and all kinds of other interwoven issues.  I learned that there’s a name for these kinds of tangled up messes where nobody knows what to do to make it better – they’re called “wicked problems.”  Appropriate name.  Trying to work on the “wicked problem” of poverty here in Waco has been an exercise in self-doubt and generally always feeling overwhelmed and ignorant.

All that to say…I wish I had never gone on that trip to New Orleans!

Ha!  Kidding!  (sort of…) It is frustrating, but it also feels like work worth doing, and I am in love with the idea that a community of people can work together to set goals and solve problems and accomplish things together if we can only figure out how and stick with it. Ten years in, I would like to think I had figured out a few things in that regard…kind of a unified theory of how to get things done…but I haven’t. All I have to show for my efforts is a pile of random, half-formed ideas.  Here are a few of them…maybe you can help me make sense out of them as we are working together these next ten years… 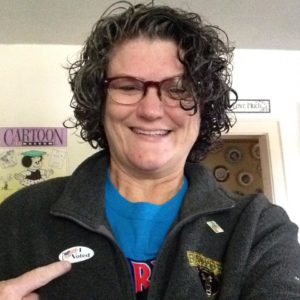