“It makes me laugh thinking how a guy who grew up in the suburbs of Dallas now owns a farm… but I love what I do.” – -Gib Reynolds

Salads have become the epitome of healthy eating these days. There’s nothing quite like digging into a big bowl of veggie-filled goodness. Toss in some grilled chicken and even the carnivorous can reap the health benefits of the bountiful greens.

But with recalls becoming more prevalent, there’s an understandable lack of trust in the safety of supermarket produce. Wouldn’t it be nice if there was a way for farmers to safely grow leafy greens without harmful pesticides and exposure to all of the unhealthy yucks that make people sick? 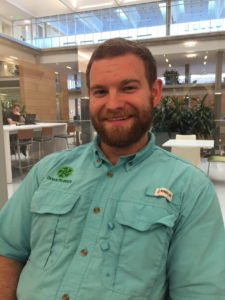 Gib Reynolds and his dad have done just that with Urban Produce. Together, this father-son duo have founded a large scale hydroponic lettuce farm where everything is controlled and grown indoors. The greens are grown “under glass” on floating rafts in nutrient rich ponds. This method provides a pesticide-free environment, and also eliminates the possibility of toxins and other environmental junk from making their way to the growing greens.

It’s quite an innovative idea. The funny part is that Gib grew up a city-boy in Richardson, Texas. He’s an Eagle Scout who flew model rockets competitively all around Eastern Europe. When Gib came to Baylor in 2008, he did study Entrepreneurship as an undergrad, but farming wasn’t his end goal.

Gib was interested in developing a portal that could connect investors and entrepreneurs, something similar to the Baylor Angel Network (BAN) where investors provide early-stage capital to entrepreneurs with business plans. Gib was highly involved in BAN as an undergrad and even became an analyst, so this seemed like a perfect fit.

After his Baylor undergraduate work, Gib continued his studies in the MBA program at Acton. He tossed around a couple of business ideas, but as he researched controlled environment agriculture and food production Gib realized there was a unique opportunity.  And the idea for Urban Produce became a reality.

Gib’s long-term goal with Urban Produce was to build a huge lettuce company. Go big or go home is an underlying motto for all entrepreneurs, but with ninety-eight percent of lettuce in the US coming from California building a dominating lettuce company is a daunting mission. But with his self-proclaimed stubborn nature, Gib dug in his heels for the long haul.

Before any produce could even be sold, it was imperative for Urban Produce to receive certification for GAP/GMP (Good Agriculture Practices and Good Manufacturing Practices). The certification provided a layer of accountability to help customers trust this new startup company.

One of the initial challenges Urban Produce  faced was finding those trusting customers and ensuring that distribution processes were in place to get the greens to customers in a timely fashion. Careful not to bite off too much too quickly, father and son built a loyal customer base one customer at a time. Confident in their product, the duo simply lets the lettuce do the talking. And the lettuce has been talking…a lot. So much so, that Urban Produce has expanded distribution beyond the confines of the Waco area. With regular deliveries to San Antonio and Houston, this lettuce is outright screaming.

Urban Produce trudges through the normal layers of regulations and inspections that come with being a food producer. Inspections and annual audits from the USDA help ensure proper growing and handling techniques. Gib feels that food safety is a paramount concern, so while the regulations may be at times be an annoyance, it’s all necessary in order to keep food safety on the front burner. 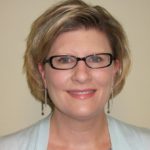 Kathy Carr is a long-time Wacoan. She’s a Baylor grad who just couldn’t’ get enough of the university so she now works there too. She loves the beach, a bowl of good ice cream and Netflix binges.