2017 Greatest Hits #2: What does teen dating violence look like?

I was involved in every possible extracurricular from mock trial to tennis. I had high grades and graduated in the top of my class. My parents demonstrated respectful and kind relationship behaviors. Despite those things, I experienced dating abuse in different forms.

Dating violence is a pattern of harmful behavior in which one partner attempts to exert power and control over the other partner. Most people immediately think of physical and sexual abuse, but dating violence also includes less visible forms of damaging behavior including verbal/emotional abuse, digital abuse, and stalking. At its most extreme dating violence may look like the death of an all-star college lacrosse player, but in others forms it can be even harder to recognize, especially for teens who are new to dating.

Complicating matters further, relationship behaviors exist along a spectrum. Healthy partners have open, respectful communication about conflicts, respect for each other and respect for boundaries. Unhealthy behaviors signal that the relationship has problems—ranging from lack of communication to incompatibility. Some examples of unhealthy behavior include texting or calling more than the other person is comfortable with, getting jealous when the other person spends time with friends or alone, and dishonest or non-existent communication.

Most relationships exhibit unhealthy behaviors at some point. They may stem from one partner’s insecurities or poor communication. Additionally, some behaviors indicate that the relationship is heading toward being abusive or is already abusive. Physical violence, for example, is never okay. But where do we draw a line with insults, teasing, or manipulation?

My relationships didn’t have all of the signs you might see on a list of warnings about abusive relationships. There was extreme jealousy—but I believed that it was partially my fault when my ex pushed a male friend after he hugged me. There was also yelling when he was angry, but again I thought that some of this was a normal response to being angry. Then there were the times that he got so upset that he harmed himself—and I thought, well, it wasn’t me, this is scary but not violence toward me. What I didn’t know at the time is that these behaviors are about power and control. They scared me, and in the long run made me averse to conflict.

Then he pushed me.

Not hard enough to really hurt me, but enough that I was scared. It was so long ago that I can remember the emotions, but not the context.  All I can remember is that when I told my parents, they said he needs to seek therapy or you need to break up. When I told him, he said I’d broken his trust.

So you might ask, why didn’t other people know? Why didn’t my parents say something sooner?

The fact of the matter is that I never felt like I needed to tell someone even though it was an emotionally damaging relationship. I didn’t tell my parents because I wanted to stay with him. I only talked about the good things most of the time. And there were many good things. By the time there were more than enough unhealthy behaviors, I had redefined what a normal relationship looked like.

Which behaviors were problematic?

Many of the things on this list —and this list is not comprehensive—were not what I thought of as abusive at the time. I didn’t completely understand what I was going through. By the time there were more than enough unhealthy behaviors to define the relationship as abusive, I had redefined what a normal relationship looked like. And I was wrong.  Teen dating abuse is neither healthy nor “normal.”

So why talk about this now?

February is National Teen Dating Violence Awareness month. It’s a time when parents, schools, and organizations across the country learn how to talk about and prevent teen dating violence. Dating violence affects 1 out of 3 teens on average.  If you haven’t experienced teen dating violence, you probably know someone who has.

How can you prevent this from happening to yourself or to teens you are close with?

If you suspect your relationship is becoming abusive, trust your instincts. If you don’t want to talk to your parents or a friend you can text “Love” to 22522 or call 1-866-331-9474 to get advice from a counselor at Love Is Respect.

For more information on how to talk to teens about dating violence you can read this handout from Break the Cycle. 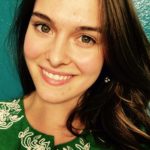 Berkeley Anderson has a Master’s degree in public service and degrees in physics and history.  She loves slam poetry, hot sauce, and any dog she meets. She is the Teen Dating Violence Project Manager at the Family Abuse Center.