Each semester I have my students journal about their experiences with English learners. As one can imagine, they have a range of experiences. Inevitably, there is an individual that expresses uncertainty about being in my ESL/Bilingual Foundations course. The students disclose that this uncertainty comes from their lack of knowing another language. They express things like, “I don’t know Spanish and I am nervous that I will not do well in this class.”  I reassure my students that they do not need to know another language in order to be successful in the course. Only students seeking bilingual certification need to know another language. Remarkably, these students have been a part of the American educational system their whole lives and their semester with me will be the first time they will truly understand the differences between ESL and bilingual instruction. These students are not alone. There are parents, grandparents, and even some educators that have never experienced ESL or bilingual classes for themselves nor have they ever had a need or a reason to explore them. If this is true, then these same individuals are unaware that bilingual education is not just for English learners but can be for them too!

There is a distinct difference between English as a Second Language (ESL) and bilingual education. An ESL program uses specialized strategies with English instruction and focuses on the development of listening, speaking, reading, and writing skills. This instruction is provided by an ESL certified teacher and is done either in a homeroom or in a pull out scenario. This type of program can be found in local school districts such as Robinson ISD or China Spring ISD. A bilingual program, on the other hand, utilizes both English and the students’ native language to teach English as well as all of the other subject areas. This allows for students to gradually learn English while learning critical academic knowledge in their native language. A bilingual individual that is bilingual certified delivers this instruction in a self-contained classroom. In the Central Texas area, the students’ native language is typically Spanish. However, this is not always the case. In other cities across the United States, bilingual programs may include native languages such as Cantonese, Korean, or Mandarin. In Texas, Ysleta ISD in El Paso offers a dual language bilingual program that adds a third language to the students’ repertoire. At the Alicia Chacón International School students learn English, Spanish, and can learn Russian, Chinese, Japanese, or German as a third language.

Historically, bilingual education was initially implemented to help transition English learners into mainstream English speaking classrooms. Over the years, best practices have been established, programs have progressed, and philosophies have evolved. Presently, there are a variety of bilingual programs that a school district can choose to implement. Early exit transitional programs, for example, move students into mainstream English classrooms in the early grades. The goal of this type of program is assimilation and is viewed as a subtractive program, where a new language replaces the old one. Locally, this type of bilingual program can be found in Midway ISD and in Waco ISD.

A third alternative is for a school district to implement a two-way dual language program. This type of program differs from the others in several ways. First, the program is not designed just for English learners, but for native English speakers as well. These programs have mixed populations in the classroom, where native English speakers learn another language, and English learners acquire English. Two populations are immersed in another language for a portion of their school day. In addition, the goal of a dual language program is not to transition either population into one particular language. Rather, it is designed to develop bilingual and biliterate individuals. Schools in Dallas, Austin, Houston, and in South Texas have successfully implemented this type of program. In the Central Texas area, a dual language program can be found in Temple ISD at the Hector P. Garcia Elementary School.

While I was a teacher in Austin, I had the opportunity to work in a dual language program. Classrooms contained mixed student populations where every child in the school was learning a new language. At this school, value was placed on every student’s background. As a positive by-product of the program, students developed empathy, dependency, and respect towards their classmates. Every child experienced being the language learner while at the same time, every child was considered a valued asset in the classroom. Students were dependent on one another when their native language was not being spoken. In addition, students learned to respect each other and developed friendships with classmates of different ethnic backgrounds. I count myself fortunate to have been a part of such a positive learning environment.

With the voucher system encroaching on the public school system, a two-way dual language program could be an attractive selling point to local constituents. It would behoove local school districts to explore the option. In the state of Texas, school districts must implement a bilingual program when there are 20 or more English learners in any language classification in the same grade level district-wide. If a school district must invest time and money into a bilingual program anyway, why not utilize the opportunity to attract monolingual English speaking families and implement an additive program for everyone. Currently, there are no private, public, charter, or magnet schools in the area that provide this service. 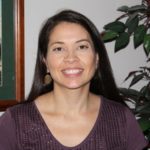 Jessica Padrón Meehan, Ed.D., is an Assistant Professor in the Department of Curriculum and Instruction at Tarleton State University. Dr. Meehan teaches language and literacy foundations and methods courses. Prior to this, she worked with the Waco Independent School District serving elementary English learners. She is an advocate of bilingual education and of culturally relevant instructional methods. She lives in Waco with her husband, Todd, and their two children, Jack and Luca.