Texans are a fierce bunch. I witnessed this first-hand when the local Veterans hospital was under threat of closure in 2003. The Central Texas community mobilized, a blue-ribbon group was formed, Veterans organized and the citizenry signed up to write letters and plead with Congressmen.

Their red-blooded pride was understandable as the hospital had served Waco and throngs of returning military members since 1932. The campus, with its sturdy brick buildings and handsome terracotta tile roofs, were placed at a bucolic green landscape to allow those suffering the wounds of war to receive health care and comfort as they grappled with their war-weary experiences. It was thought that simply strolling around the grassy loop of buildings could have a therapeutic benefit.

This quest to provide relief to those who bore the brunt of battle, including the psychological impact, is part of the mission that continues today. But back in 2003, it was touch and go.

Luckily, pride, planning, and persistence prevailed. Not only was the hospital spared from the wrecking ball, some parts emerged in a new and improved rendition.  The mission was galvanized by a bi-partisan effort to not only keep the campus intact, but to provide specialized services for new and emerging problems.

The Iraq war was less than two years old, but those in active combat were already dealing with the devastation of improvised explosive devices (IED). Unlike their forefathers, who knew the deadly force of bomb blasts, modern military were equipped with protective armor that kept them alive, but with brain damage that might not show up until much later, a condition now known as Traumatic Brain Injury (TBI).

In addition to the physical ills, Veterans carried home the psychological scars of war that were heavier than any of the armor and ammo they could lug. Post-traumatic stress disorder (PTSD), depression, alcohol and drug abuse, and even thoughts of suicide would need special treatment and approaches.

For these men and women, there was a destination that could help probe solutions to these vexing problems that surfaced. But it required highly trained researchers who sought out the best approaches, gathered the data, field tested the theories and shared results in ways that advanced mental health care.

Waco should be proud to have such a place that is a hub of mental health researchers and practitioners. It is called the Center of Excellence for Returning War Veterans and it is part of the VA healthcare system (regionally called VISN 17).

Today, Building 93 on the historic campus maintains it tranquil and traditional exterior, but inside there is a buzz of activity from some 45 individuals who specialize in veteran mental health.  One of only three Centers of Excellence in the country, the Waco VA campus was chosen by Congress in 2006 to conduct specialty research on our country’s returning Post-9/11 veteran population, which include Veterans enlisted in any of the military branches during the Operation Enduring Freedom (OEF), Operation Iraqi Freedom (OIF), and Operation New Dawn (OND) campaigns. The signature research focus is PTSD.

There are more than 35,000 unique OEF/OIF/OND Veterans registered in the Central Texas Veterans Health Care System (CTVHCS) and more than 40,000 active duty military service members in the area. An additional 300,000-plus family members (including spouses and children, retirees, and survivors of deceased Veterans) are touched by military matters, according to a recent Fort Hood census.

In addition to grant support from the Department of Defense (DoD) and the National Institutes of Health (NIH), the Center collaborates with Texas A&M and Baylor University, and the Central Texas Veterans Research Foundation, a nonprofit organization that helps facilitate a broad spectrum of Veterans research.

Few people may know the quiet work that is done to understand, and help, those who served. But I, for one, am glad that Waco persevered in saving the hospital. The researchers who daily strive to probe, problem solve and publish their findings may help future generations of Veterans. Then, they too can become the fierce defenders of the people and places that heal. 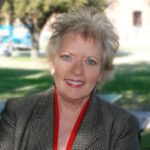 Maggie McCarthy is the Executive Director of the Central Texas Veterans Research Center and has spent more than 25 years managing and consulting with nonprofit organizations, with an emphasis on philanthropic and grant management foundations. As a volunteer, she has helped to support Veterans organizations and the formation of the Veterans One Stop in Waco, Texas.  To learn more about CTVRC please visit, www.ctvrf.org.