Deshaun is his name…

Deshaun is his name.

He was running in the grass alongside Highway 6 west of College Station. Alone. Looked to be about five years old.

I said, “That can’t be right,” and I pulled onto the shoulder with traffic whizzing by at 75 miles an hour. Robin and I got out of the car, and I slowly walked toward the running boy, holding my arms wide. He ran toward me, and I squatted down, put my hands on his shoulders, and asked his name.

“My name is Meg. This is Robin. Where’s your mama, Deshaun?”

He fidgeted, then pointed. “Car.”

“Was your mama in a car? Where were you before you were running?”

“Car.” He started to walk toward the highway. I moved to block him. He was pointing at my car.

Of course. It was over 100 degrees. No telling how long he had been running.

We walked to the car, buckled him in, and gave him water. He was dressed in a spotless white T-shirt and shorts, his hair in two neat braids joined on the top of his head. He was wearing no shoes. We said we would see if we could find his mama. We drove to the next exit, a mile or two away, and pulled into the first gas station. We bought him a corn dog, then called 911. We could tell the dispatcher very little. Deshaun wasn’t able to help us understand. We suspected he was autistic.

After the police arrived (and Deshaun leaned into me and made anxious sounds when one of the police officers spoke to him), we found a quiet corner of the store. He pressed the lever on the Coke machine and was sprayed with sticky soda; tried to grab a couple of toy guns, which I moved out of reach; then carefully set down his corn dog and water and pulled a plastic dinosaur from the toy display. I noticed that the dinosaur was packaged with bubbles. Good choice, Deshaun. We blew bubbles while the police sorted things out. When I was distracted talking to the police, he solved the problem of a too-large bubble wand by pouring some bubble soap into a larger plastic cap so he could dip the wand in.

Not long after, his mother came around the corner with the police officers. She was overcome, beside herself with relief, but she gathered herself to explain to the officers that she had only fallen asleep for a moment, then woke up and he was gone. The police took her back around the corner to speak with her while we continued to play with bubbles, then another woman came, his mother’s roommate, and thanked us. She said that Deshaun is autistic.

His mother came back, thanked us, and gave each of us a long, emotional hug. Then she and her friend and Deshaun left with the police to go back to the house, where they could exchange information in case Deshaun goes on another adventure in the future.

Deshaun never looked at or greeted his mother. He expressed no recognition that she had returned.

I am thankful for police officers who understood. One of them was named Goodheart.

And I am overwhelmed by the vulnerability of little Deshaun and his mother. 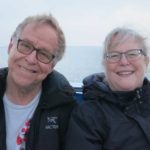 Longtime freelance writer and editor Meg Wallace began her career shift by completing her Master’s in Social Work at Baylor in May, then launched the Amberley Collaborative to cultivate caring communities in Waco and beyond. Learn more about the Collaborative at https://www.facebook.com/AmberleyCollaborative/.