To tell all of Waco’s History we have to listen

The Historic Waco Foundation has launched a strategic process to understand Waco’s story from a number of perspectives in order to form future partnerships and programs that would offer the greatest benefit to the community. This post is one in a series to share with you how that work is progressing and how you can get involved.  For the rest of the posts in this series, click here: Historic Waco Foundation Series. — ALW

America today is in a revolutionary state of mind. We continue to tear down prohibitive, outdated norms and work hard to build new ones that benefit our entire country. Look at the Black Lives Matter and Me Too movements – both have had a tremendous impact on how we look at our past. As a historian and someone who works with the local historical community, I am seeing Wacoans eager to address our complete history, including the pieces that are all too often not discussed.

I am a current board member and the incoming vice president of the Historic Waco Foundation, and I am seeing a transformation of this 50-year-old organization as we broaden our work to follow our long-held mantra: Preserve, Educate and Inspire. Yes, Historic Waco Foundation is stepping outside of the historic homes and beginning to listen to the community to help tell all of Waco’s history, not just a small part of it.

The Waco community has made great strides in recent years to create a space for listening to the stories that have for so long remained unheard by the general public. In 2016, Historic Waco Foundation hosted the black history exhibit “Footprints of African Americans in McLennan County.” The project took more than a year to curate and spotlighted major, yet largely unfamiliar, contributions by local African Americans to the region.

Among the artifacts that filled the second floor of Historic Waco Foundation’s Fort House during the exhibit’s four-month run was a rare recording of Jules Bledsoe, a pioneer in American music and the first African-American artists to gain regular employment on Broadway. The exhibit also highlighted many of the individuals who have significantly contributed to the betterment of Waco, such as Mae Jackson, Waco’s first female African American mayor, and longtime Waco ISD board member, Emma Harrison.

Still, here in Waco, many stories remain untold, and the people and places our communities care about have not received the attention they deserve. What’s more, because the traditional preservation movement was slow to help in the past, many Waco-area communities have already taken on efforts to articulate their stories themselves.

Historic Waco Foundation wants to support these efforts and build a more inclusive organization – one that engages people from all backgrounds and works alongside, not in place of, these efforts to understand the people and places that matter to everyone – and we realize that the only way to do that is to listen.

We recently held a gathering of community leaders to hear some of those stories. That said, if we are serious about telling our complete story, and we are, we know that nothing short of robust community input will suffice. And while recognizing our communities’ collective history is the first step, Historic Waco Foundation’s work will not end there. We will continue to explore and support valuable initiatives and partnerships with organizations like Waco’s Hispanic Museum and the Central Texas African American Heritage Foundation in a continued effort to be a Historic Waco Foundation for all of Waco. 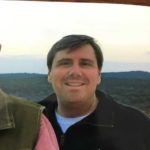 Clint Lynch is the General Manager of Oakwood Cemetery and Historic Waco Foundation’s incoming vice president. He attended Sam Houston State University where he received a degree in history and political science. In 1998, Clint became a historian with the State Cemetery in Austin where he had the opportunity to use both his love of Texas history and politics.  After spending several years as a funeral director in Abilene and Wichita Falls, Clint returned to his hometown of Waco in April 2016 to join the staff at Oakwood Cemetery.