How Can a Vuvuzela Impact the World?

The reason is pretty simple: working in unison is messy and it takes time. And many of the people doing these great things are just like me: they are “get-it-done” type of people. They don’t want to talk about doing something; they simply want to do it.

But what happens all too often is that we begin “doing” and we duplicate services, or we take on ministries or events that we aren’t great at. We expend so much energy doing so many things and at the end of the day we are tired and wondering if it’s even working.

If I have learned anything while working in our city it is this simple truth: You have to focus on what you do great AND make the effort to work with others.

It is only when you combine these two that you really begin to see the power of Collective Impact happen.

Several years back during the World Cup hosted by South Africa, the power of Collective Impact took center stage. During each match you could hear a slight droning buzz. And then without warning that buzz would turn into a resounding, earth-shaking roar.

One fan playing one vuvuzela made no impact. It’s doubtful it could be heard on the field much less across the globe on television. But tens of thousands of fans blowing their horns as loud as they could muster literally impacted the world.

They each picked up their own vuvuzela, and they joined together for a collective impact.

For our community here in Waco, there are great things happening. And I believe that if we want to see some even greater traction happen, the next step is for each of us to consider what we are great at and FOCUS on doing that with excellence AND join forces with others who are doing incredible work. 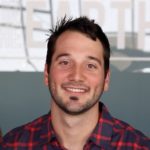 This week’s Act Locally Waco blog post is by Josh Lawson, Director of Community Engagement at Antioch Community Church. One of his passions is mentoring. If you would like to learn more about mentoring in Waco, please visit this website to learn how you can get involved: www.mentorwaco.com . If you would be interested in blogging for Act Locally Waco, please email [email protected] to express your interest.

There’s a Hole in My Bucket… & Mentoring Can Solve It

Besides being one of the longest and most annoying children’s songs known to man, “There’s a Hole in My Bucket,” is actually a great representation of what community development feels like. If you haven’t heard the song before, it is a winding conversation between “Dear Liza” and “Dear Henry” where Henry is trying to fix the hole in his bucket, but his attempts to fix it only lead him to finding more problems. Eventually he is left back at the original problem: the hole in his bucket. We all know that there is a problem in our community, but all too often the solution to that problem only brings up more problems! The educational system is not any different.

We know that kids need a better education, but as we dig in deeper and try to come up with a solution, we begin to see a web of problems. Poverty, hunger, lack of parental involvement, homelessness and learning disabilities all come together to form a massive game of pick-up sticks.

All too often, the magnitude of the problem causes those who can create the greatest change to simply give up.

But, that is never the answer. You have to start somewhere. And, I believe that for our community, mentoring is a fantastic place to start.

Now, don’t let me fool you, mentoring is not a silver bullet. We will not bring an end to poverty by simply mentoring kids, BUT it is one of the key components to helping us build a better community.

Take a look at a few of these powerful stats:

Mentoring can make an incredible difference. January has been designated as National Mentoring Month, so it is the perfect time to set a goal to become a mentor for a youth this year. Even if you can’t be a mentor yourself, you can become an advocate for mentoring by encouraging others to get involved in the life of a young person. It matters and it is a small step in the right direction.

There is a hole in our bucket, but we can do something. We can be a mentor.

To find out more about being a mentor or to connect with a local mentoring agency, please feel free to email Josh Lawson at [email protected]. For a list of organizations in town with mentoring programs, click here: Mentoring Organizations in Waco.

This week’s Act Locally Waco blog post is by Josh Lawson, Director of Community Engagement at Antioch Community Church.  If you would be interested in blogging for Act Locally Waco, please email [email protected] to express your interest.