140 minutes… In the time it takes to get to Dallas, I went down the street

I may not drive the “coolest” of cars; it is a hefty station wagon that gets me from point A to B in a safe and timely manner. I have always been appreciative of this luxury, but after a recent experience, my appreciation has grown ten-fold.

On a Friday afternoon, I made an appointment at the McLennan Community College (MCC) Family Health Center to get a simple blood test. I decided to take public transportation to get there. The night before, I researched the bus route on the Waco Transit website. Let me just say, I can understand complex Organic Chemistry problems, but I could not seem to understand the bus system! After about 30 minutes I finally decided on my route.

My Spanish class ended at 2:10 pm and I immediately headed to the bus stop on 12th St. According to my research, a bus was supposed to arrive at 2:24, which would take me to the downtown Waco bus terminal by 3:10. From there, I would hop on a different bus line that would take me to MCC. According to these plans, I would arrive by 3:32pm. My appointment was at 4:30, so I thought I had plenty of buffer time.

I was at the bus stop by 2:20pm… and no bus came. Confused, I used my iPhone to call the main bus transit authority. The person who answered the phone explained that the bus I was expecting was not going to be making that stop. He redirected me to a different bus. I had to walk three blocks over and wait for another twenty minutes until the (free) Baylor Blue Line bus arrived.

We drove around the Baylor campus and various students got on and off. The bus then pulled up outside the gas station near 5th St. The bus driver instructed me that this was where I needed to get off to catch the next bus. I waited outside for another ten minutes until the new bus pulled up. I hopped on and asked the driver if he could take me to the main bus terminal. Unfortunately this bus did not stop there, but he said he could take me to within four blocks. He drove for about 25 minutes, then informed me that he was as close as he would be getting to the terminal, so I got off.

I walked the four blocks to the terminal. No one else was there, but I waited hopefully. More people started arriving, and after 30 minutes the bus finally pulled up.

The other two buses I had ridden had been filled with Baylor students. On this bus there were two young women with babies; an older gentleman who had difficulty walking and smelled of body odor and alcohol; a grandmother and her three-year-old granddaughter; and a young family of a mom, dad, and infant son.

Several other people got on the bus at the next few stops. By this point, it was almost 4pm and I could hear my stomach grumbling. I noticed several people pressing the button to request a stop. When the driver pulled over, I realized that we were outside of a McDonald’s. Half of the people on the bus got off at this stop! I always preach the importance of proper nutrition, and I have not eaten at McDonalds in years, but I had a feeling rush over me in that moment that all I wanted to do was to join them.

This experience made me almost ashamed of the lack of challenges I usually face in making healthy food choices. When I go to the grocery store, I purchase only fresh produce, meats, and dairy. Once I have all of my groceries, I load my car and go home. Now I realize how hard that process would be without a car. Carrying more than a few bags would be completely out of the question. And, if you are waiting a long time for the bus in the Texas heat, I’m sure that’s not the best for the milk, eggs, or vegetables you purchased.

As I said, after being on the bus for nearly two hours, I, Laura White who does not eat fast food, wanted nothing more than to stop in McDonald’s. If I were one of the young moms on the bus, eating an inexpensive meal while the children played in the safe environment of the play-area would seem like a completely wonderful plan. Needless to say, I now have a new appreciation of the difficulties people in poverty face when trying to lead a healthy lifestyle.

Finally, I heard the driver alert everyone that we were coming up to the MCC stop. I exited the bus, but having never been to this clinic, I wasn’t sure where it was. I aimlessly meandered through the parking lot until I found a person who gave me directions. I specifically remember her saying as I began walking away, “You definitely don’t want to walk all the way there. It’s really far. Just take your car.” A sinking feeling came over me and I politely responded, “I don’t have one. I took the bus. Thanks for the directions.”

The one thing this experience taught me—understanding. What would have taken me less than twenty minutes in a car, took me two hours and twenty minutes. I took three different buses and I had to walk well over a mile to get to my final destination. I am an able-bodied, well-educated, twenty-one year old woman and I still left this experience with frustration and exhaustion. What if I had a physical disability, or if I were elderly, or if it was a day of extreme weather? I challenge any physician that reschedules a patient’s appointment because of tardiness to rethink what might have led to the patient’s late arrival. There could be more to the story…

Note: The Waco Metropolitan Planning Organization (MPO) is in the process of identifying transportation needs for Metropolitan Waco through the year 2040. They have invited all interested people to make their priorities known. You can submit feedback in writing until June 15. Suggestions may be submitted by fax at (254) 750-1605, by e-mail to [email protected] or by mail directed to Christopher Evilia at the following address: Waco Metropolitan Planning Organization, P.O. Box 2570, Waco, Texas 76702-2570. Please take a moment to urge them to make improving public transportation a priority.  Transportation is an important issue for all of us! 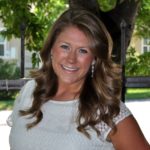 This post was written by Laura White from Warren, NJ. She just graduated from Baylor University in May with a Bachelors of Science in Biology. She remains in Waco, TX for the upcoming year to serve as an AmeriCorps member working within the Family Health Center clinics. After once year of service, she hopes to attend medical school in Texas to ultimately pursue a career in Family Medicine. She was inspired to ride the bus by her experience volunteering at the Family Health Center as a part of her Family Medicine and Community Healthcare Course at Baylor University. If you would be interested in writing a post for the Act Locally Waco blog, please email [email protected].