I am aware that the title of this article may have alarmed you. In our society, people don’t usually go around proclaiming to be racist. Therefore, it probably catches your attention when I say “I’m white, and I’m racist”. Well, it’s true, I don’t deny my racism. This may seem provocative, but let me explain. 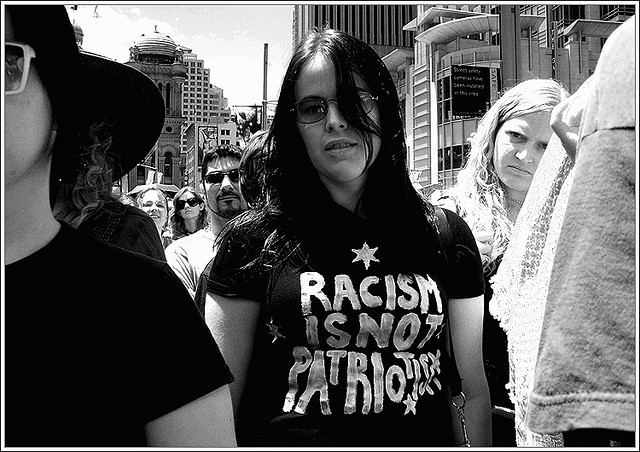 Our society is one that was built on, and continues to be, a system of exploitation and oppression of people of color by white people. This is historically based and institutionally perpetuated. This racist social structure is designed for white people to maintain and defend a system of wealth, power, and privilege. This structural racism—the forms of racism that act visibly and invisibly in our institutions—is a principal component of the fabric of our society, whether we see it or not, and manifests itself in practically every element of our social structures. Our nation’s policies and systems of education, immigration, [in]justice, healthcare, housing, and employment, for example, have been, and continue to be, deeply influenced by structural racism. That is, structural racism works through willing and unwilling actors through these social structures to produce and reproduce cumulative, durable, race-based inequalities to privilege the white majority.

It’s in the air we breathe

Structural racism is so deeply ingrained in our society, in everyday behaviors, practices, thoughts, and actions that exposure to it is inescapable (but not unresolvable). It is simply impossible to have grown up in a white supremacy as a member of the majority and not have absorbed racist beliefs or tendencies of some kind. It’s in the air we breathe. This is why white people contribute to the creation of a racist society. There, I said it: white people are racist.

If you’re a white person reading this, you may be feeling a bit defensive right now. You may be thinking to yourself that you are not racist because you have friends who are black or because you don’t go around yelling racist slurs at people of color. It is important to recognize that racism is not just outward and visible actions, it is also the biased ideas we might hold deep inside, that we don’t voice. Our racism takes many forms and because our white supremacist society has normalized and legitimated racist thoughts and actions for so long, white people are not always able to spot their own racism. The oppressed in our society, however, recognize it and are hurt by it every day… so if you’re having trouble identifying the ways you might show racism, just go ask some of your friends who are not white.

Although white people in our society perpetuate this state of racism, I am not suggesting that all white people feel hatred toward people of color or even harbor ill feelings about them. What I am saying is that all white people have, in some way, been privileged and socialized on the basis of race by our white supremacist (racist) society. I am complicit because I am a member of the white majority in a white supremacy – I am a member of the group that holds the power in our society. I have grown up in this environment while occupying this particular identity, and therefore I have taken on some of the prejudices.

Although this blog post focuses on race, we should also acknowledge that advantage and disadvantage works in different constellations and that social race is only one axis among many (ability, gender, economic status, religion, sexual orientation, etc.).

The shame is denying our privilege 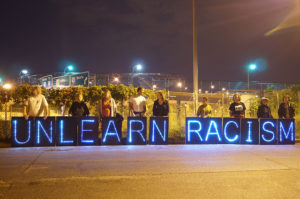 It may not have necessarily been my fault that racist things have been ingrained in me because, as I have said, it’s impossible to avoid this in a white supremacist society. The most shameful and destructive part, however, is when white people deny it: when we deny our privilege, when we don’t own up to the damage we cause, and when we don’t put in the effort to understand it or to figure out how to transform ourselves. Instead of denying our racism, we must call it out and be intentional about working toward understanding and transformation. And it is work. While structural racism is pervasive and has been a major component in the framework our society, it is also very sophisticated, and, in a way, elegant. It easily disguises itself. Various forces within the system of structural racism continually work to deny, minimize, and ultimately uphold itself. Working to unpack it so the racism is recognizable can be challenging work for the privileged in society.

There is of course a massive variation in how racism manifests itself in and through us. Some white people commit murder and hate crimes on the basis of race. Some people belittle other people’s cultures. Some white people discriminate based on race in hiring processes within employment settings. For others, their racism manifests in less overt ways. Some people may laugh at racist jokes, for example, or cross the street when walking along a sidewalk to avoid crossing paths with an oncoming black pedestrian. Still others may observe racist acts committed by others and choose not to speak up. Such inaction is complicity. These less overt examples of racism, often called microaggressions, are certainly not of the same magnitude as violent hate crimes, but they do share the same origins and are intrinsically linked.

I didn’t ask to be racist. It’s not something that I want. But, whether or not I like it, I have been shaped by our dominant culture, our racist culture. Similarly, I didn’t ask for white privilege, but it was given to me. I cannot give it back any more than I could have chosen not to take it. What I can do is own it, and I do own my privilege. What I mean is that I work to identify it, describe it, and call it out with the hope of lessening it.

Racist by conditioning, antiracist by choice

Even more importantly, I am an antiracist. I’m racist by conditioning, but I am an antiracist by choice. I choose to challenge white privilege and the oppression of people of color. But, just because I choose to be an antiracist doesn’t mean that I no longer carry around some of the traces of racism to which I have been exposed and poisoned by all my life. So, fellow white people, although racism is part of who we are, it is not all of who we are. We can all make the choice to be an antiracist, an ally, an activist, or whatever you want to call it. But we can’t actually embody these roles in society unless we first recognize and deal with our own racism, not deny it. I believe it is important, perhaps even necessary, for true transformation that each white person in our society comes to a place where they are able to say, “I’m white and I’m racist and I’m going to do something about it”.

And doing something about it will be the focus of Part 2 of this blog series, which will be posted here next Sunday. This second post will focus on the various ways that all people, as antiracists, can work toward equity and inclusion in our community and in our society more broadly. 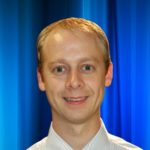 Kyle Massey is an educator, student, and scholar. Kyle lives and works in Waco, Texas. In addition to his fulltime job as a higher education administrator, in the evenings Kyle teaches undergraduate courses in geography and leadership studies. He is a PhD student at the University of Texas at Austin in the College of Education. Kyle’s research interests include topics related to global citizenship, geography education, and the ways in which various aspects of curriculum and teaching in higher education shape student learning experiences, especially with respect to social and cultural understandings. You can contact Kyle at [email protected], follow him on Twitter @kyledmassey, and check out his website at www.kyledmassey.com