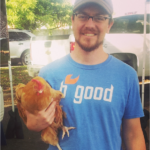 (Visited 28 times, 1 visits today)
Posted in But some of us are brave..., Race & Ethnicity