But Some of Us are Brave: Ruben Salazar

I’ve never been shot at by a cop or chased by sheets-wearing men, but I have been at the receiving end of power-toting bigots. In many ways, I’m also surrounded by an important aspect of racism—white power (known by some as just “white privilege”). People of color will be on to something positive in our city when we can find ways to dilute dominant white power structures. In my opinion, one of the best ways of doing this is by fighting for diversity (not just tokenism) wherever there are seats at the tables of power.

My friend Sonya said something interesting to me one day. She commented about how some of us go through a ‘get back at whitey’ phase. We had been chatting about the lack of racial diversity around Waco. Sonya is a black woman. I felt an immediate bond with her because we shared the same frustration with white power and privilege. By the way, neither Sonya, nor I, nor others we associate want to get back at anyone. To ‘get back at whitey’, used in the way it rolled off Sonya’s tongue, is the desire to change the white power system. (Try reading Howard Zinn’s, A People’s History of the United States, for a benign introduction to white oppression.)

For example, I’ve been frisked a few times—for no reason—by white cops for committing minor traffic violations. A white sheriff once flipped me off for no reason when I went to visit a friend at the county jail—I was just 15. And then there was the white highway patrol officer who pulled me over for doing 62 mph on a 60 mph zone. He frisked me, then told me to get into his patrol car’s passenger seat. I asked him if this was protocol. To this, he answered with his heavy twang, “Boy, I do what I want!”

Through the years, I’ve heard white supervisors make comments about how they hate hearing Spanish spoken at work. A white manager once told me that black universities are a form of reverse racism. I’ve been told by white company leadership that Affirmative Action policies only invite unqualified black and Latino personnel who can’t do the work as well as “someone who got the job because they were properly qualified” (i.e., the white person). Two white people, just this past year, boasted to me about their racist actions: one used to shoot his BB gun at blacks walking down the street and the other used to put snakes in the jeeps of black soldiers when he was in the military. Would they admit the same in the face of a black person?

Encounters with racism and white power aren’t always so stark and in your face. For starters, there is a long list of examples of institutionalized racism. Also, there are many white people who exert white power without knowing that they’re doing so. For example, some churches and religious charitable organizations enjoy imposing their power onto non-whites and poorer whites. I used to live in an area in North Waco that is apparently ripe for “community service projects.” I’ve grown accustomed to seeing young white volunteers mow yards and clean up blighted areas for tenants who must be too poor to mow and clean. I know because my yard got mowed once, without my consent, while I was away from the house! That was the day I learned I was poor.

And get this: once, while my wife and I were cleaning our yard, a young white couple walking by stopped and asked us if we were providing “service to the homeowners”! Wow! Who knew people could take care of their own yards?

Can you think what would happen if I—a brown-skinned Mexican—moved to a white upper-class part of town, set up my charity, and began to impose changes on the neighborhood that I thought were needed?

Able-bodied people of color shoot themselves in the foot when they accept having their yards mowed or their houses painted. This acceptance just perpetuates the idea that we need their help. “Never do for someone what they can do for themselves”. Now there’s a motto that, if upheld by everyone, would tear down a large chunk of the white power structure lurking in our communities.

Our society will be a better place when blacks, Latinos, poor whites, and others perceived as needy, do for ourselves, instead of relying on the handouts and freebies from entities designed by whites with power — some of whom turn around and complain about poor peoples’ demands for entitlements. This is an argument for grassroots community organizing amongst minorities, but that’s another story.

It would also help if white (and other) insistent do-gooders could begin to view blacks, Latinos and poorer whites as having strengths and abilities, instead of having deficits and having to aspire to middle class values (e.g., the Ruby Payne framework). My suggestion is that they re-educate themselves and others with white power about how their charitable acts, funds and other support, in many ways, perpetuate the very problems they think they’re trying to eradicate.

People of color should continue the fights of our forefathers and mothers for racial equality. We should continue to demand racially diverse leadership (at all tables of power—community organizations, business, government, education, etc.) that mirrors the diversity of our communities so that we can begin to diminish the historical specter of white power and privilege. 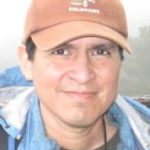 Ruben P. Salazar is a native Wacoan who enjoys learning about history and culture. He is an artist and a do-it-yourselfer around the house. In the very near future he swears he’ll finally self-publish his long overdue book about a local dude people used to call the Maracas Kid. Gardening and being crafty are two things he loves to do with his lovely wife, Rachel.

(Visited 37 times, 1 visits today)
Posted in But some of us are brave..., Race & Ethnicity, Waco's Hispanic Community