A Safer, Healthier Waco for Humans and Animals

A ribboned birthday gift and the contents of your front seat fly onto the floor as you slam on the brakes to avoid hitting the car in front of you that just slammed on its own brakes. A squatty, blond dog with long ears squeals with the heavy bump of the car’s tire. He dashes to the safety of a front yard, still crying and licking at his paw. He has a bruised shoulder and skinned back foot. You are late for the party, but it’s no big deal.

Sleep has become a rare luxury since the pregnancy. Your toddler is teething and inconsolable. As the two of you finally doze off, two toms and a female begin vocalizing with mating wails which are heard outside the kitchen window, throughout the subdivision, and in the ears of your baby. Sigh…another chance to sleep will come tomorrow night; it’s no big deal.

The ambitious, dream-filled couple from Ohio are trying to decide: will they relocate to Waco or to Greenville, S.C.? They have good job possibilities in both. After a smooth flight they drive along Lake Shore Drive in their rental car. A new future is dancing through their minds when they see a dark shape in the road. It’s the contorted body of a beagle mix, similar to his boyhood best friend who was put to sleep in his arms only a few years before. Three blocks later they meet their realtor at charming little house in a neighborhood with big trees and just the kind of character they were hoping to find. The little house is so cute they almost don’t notice the thick, fluffy dog nosing through garbage and strewing it all over the yard next door and into the street. They do wrinkle their noses a little when the animal waste stench from a porch and yard across the street wafts into their nostrils. The real estate agent dismisses this as common. The couple decides to pursue the opportunity in Greenville. “Drat! I really thought we had them!” the realtor thinks as she hangs up the phone after hearing the news. “Oh well, you can’t win’em all. It’s no big deal.”

If you are still reading, you are likely an animal lover, or even if you aren’t, you have a deep concern and a strong sense of ownership for the future of Wacotown.

In 1988 a group of similarly concerned and dedicated Wacoans got frustrated with the neglect and suffering of animals and the negative effect this neglect was having on our city. When they found they could not get ahead of the problem by spending their free time cleaning poop at the animal shelter, this visionary group took the initiative to begin a spay/neuter program. The goal of this program was to prevent the suffering and dying of unwanted animals by preventing the births of unwanted litters.

That was a quiet year for spay/neuter. The clinic was only open one day a week back then, and they performed about 15 surgeries for cats or dogs a day. Today at the Animal Birth Control Clinic it is common for our licensed veterinarians and supportive staff of veterinary technicians to perform over 50 high-quality, affordable spay and neuter surgeries a day, five days a week. Back then huge numbers of cats and dogs poured into our rescue centers and into the shelter by the dozens daily, now the daily intake rarely goes over 25. And to top it off, our community just celebrated its third month of No Kill (90% or more of the animals exit alive)!

This decreased intake has been made possible because of a perfect mix of donor and taxpayer-funded spays and neuters, and because of transparent communication among goal-focused partners. We all benefit from the safer living and higher quality of life that is the result of this reduced burden on our community.

The next step is upon us. The shelter is being reconstructed to properly care for the remaining cats and dogs who find themselves in need of temporary care. The community campaign, heartily led by Mayor Malcolm Duncan, is wrapping up within weeks. I welcome you to contribute to this project and to support spay/neuter.

The reasons to support spay/neuter and to continue to lift this burden on our community are tangible and intangible, direct and indirect. Here are a few:

Quality of life and safety for humans intersects with the lives of the cats and dogs in our city more often than we sometimes realize.  This work must continue.  It IS a big deal, and it affects us all! 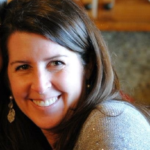 This Act Locally Waco blog post was written by Carrie Kuehl. Carrie is an enthusiastic Wacoan who began her time at the Animal Birth Control Clinic as a volunteer in 1994. Her BA in Sociology from Baylor, ten years in the financial planning/securities industry, and her passion for the efficiency of spay/neuter prepared her to become the Executive Director of ABC in 2006. In the last few years, Carrie has enjoyed growing the clinic and mentoring additional Texas communities to boost their spay/neuter impact. In her personal time, she enjoys kayaking, houseboating, and being an aunt.