Grace House Part 2: What I have learned serving at Grace House

For over two years I have been serving in a recovery home called Grace House. It has been hard, fun, exciting and exasperating all at the same time. But mostly, it has been one of the greatest learning experiences I have ever had. And I am compelled to share with you what I’ve learned.

Everyone has a story. In the two years I have spent ministering to women in addiction, I’ve heard unimaginable stories. And I’ve learned from them things I don’t know I would have learned any other way.

Almost every addicted woman I have encountered was either parented badly, or not at all. Mothers have told their daughters they wish they had never been born. Fathers and step-fathers have used their little girls as sexual toys. They have endured trauma that most of us could never fathom surviving. The most horrific aside, these women rarely heard the words “I love you” or “I’m proud of you”. They were not told they were beautiful or valuable. They were chastised for being fat and had food withheld from them. 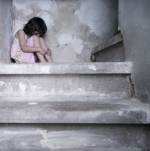 What does a little girl do when she has been taught that she has no value other than her body? What does she do with all of that emotional pain that comes from so much abuse and neglect? She uses her body to survive, and she fills it with whatever will numb the pain and the self-hatred. She becomes the women I have had the privilege of walking with for two years.

I’ve learned that parents have an enormous impact on their children. I’ve learned up close the value of telling a child that they are beautiful, wanted and loved. And I’ve learned the impact of parents who do the opposite. I have become more grateful for my own parents who, though flawed themselves, never let me be unloved or unwanted. Though my own story has not been a fairy tale, I am thankful for it now more than ever.

It is part of the addiction recovery process. Prior to this ministry, I would have thought of relapse as failure, or just rebellion. In my own arrogance, I would have written them off. And I would have been so wrong. Relapse is simply an indicator that deeper healing is needed. The pain these women have runs far deeper than most us can imagine, and reactions to that pain are ingrained. I’ve learned that Jesus doesn’t panic over a relapse and neither should I. When a woman returns in repentance and humility, her healing process can continue and her testimony becomes even stronger. I’ve learned about God’s grace through watching women relapse. His grace for them, and His grace for me. Because my own life is not without relapse. I too return to familiar ways when pain becomes greater than I can handle in the moment. I have learned that I am as much in need of grace as anyone, and I have learned from these women how to come back to the Father with humility and accept the grace He so freely offers.

And what of those who do not return? I’ve learned that a woman can truly love Jesus and want to live for Him, but be so afraid of the pain that recovery exposes, that she simply cannot bring herself to return to the process. So I’ve had to learn to let go, knowing that Jesus never will. He will go after them because He loves them and wants their freedom even more than they do. His grace and mercy do not stop at the door of a recovery home, but continues to follow them. I’ve learned that their destiny is in His hands, not mine, so I can loosen my grip because I know that He will not loosen His.

Lies are the glue that holds a stronghold together. I’ve seen and heard the effects of a woman who believes the lie that she is worthless. And I’ve learned that it is not my truth that will set her free. It is the truth spoken to her by her Father that brings a stronghold down. Whether a woman has known Jesus for a year, or for an hour, she can hear the voice of God. I would have doubted that two years ago, thinking that hearing His voice requires maturity. Rubbish. For two years I have spoken truth to women and while it may have brought some relief, it is the loving voice of God that has brought true change. And I’ve learned that I can receive revelation from a broken woman who has heard her Father speak truth. But mostly, I’ve learned that there is just no substitute for hearing my Father speak truth over me to break the power of lies I have believed. 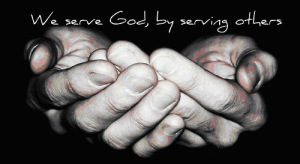 I’ve taken those spiritual gifts tests many times. Every time I’ve taken such a test, it has revealed the same exact thing. My top three gifts have always been the same, and so have my bottom two. I have consistently scored a zero, yes, a zero, in the gifts of Mercy and Compassion. And so I have learned that sometimes God will put you in a place specifically designed to give you what you lack. And I’ve learned that it is not easy to become more like Jesus, especially if you have a big fat zero looming over you. But that’s just it. It isn’t my mercy or my compassion that anyone needs, it’s His. And so I’ve had to learn to ask, over and over, for Him to give me His compassion in the moments when I just don’t have it. When I have been frustrated with someone and wanted to just turn and walk away, He has been faithful to saturate my heart with compassion that compels me to stay, to listen, to understand.

I’ve learned that my zero means Jesus is always the hero. (How cheesy was that?!)

Nothing has shown me the value of serving more than this ministry. Without the people who volunteer their time, energy and finances, this ministry would not exist. I’ve seen members of this community of believers, and the Body of Christ at large, give of themselves in extraordinary and selfless ways. Before now, I had been seeing a discouraging trend in the Church, of people only willing to serve if they will get paid. I’ve heard people excuse this trend by talking about how valuable everyone’s time is and that people should not be expected to serve for free. (Yep. Really heard that.) But I’ve watched and I’ve learned that not everyone feels that way. Here, I’ve seen people give up what is so valuable to them for the sake of the Kingdom and the work God is doing, and they give it up willingly and with joy. So I’ve learned that serving is not something that we should be reluctant about, nor does it need to simply be a ‘duty’. It is vital to the health of every ministry, and to the Church. I cannot express how important the service of those who give to this ministry has been, and how encouraging it is to see people want to give up what is valuable for what is better. Watching them has inspired me to want to be a better servant of God.

It took a while for me to understand that I was actually on the mission field, and these women were part of God’s harvest. I, like many, considered missions as being somewhere else, somewhere ‘over there’ in a third world country. It isn’t. I’ve learned that being a missionary doesn’t require a plane ride or going to the bathroom in a hole in the ground. It is simply going where God is calling you and doing what He is calling you to do. My mission field is five minutes from home, but I am still a missionary. Laying down your life can happen a mile from home or five thousand miles from home. So I have learned to pray for missionaries regardless of where they are serving, because I have needed so much prayer in this mission field.

There’s so much more. I could go on for days about what God has done in me and taught me in the last two years. Ministering to the broken is hard in every way, but I’ve seen what is harder. Going through the pain of recovery.

To every woman I have encountered in this journey, I tip my hat to you. The rest of the world may not know it, but I know how brave you are. I know how much courage it has taken to keep walking out of bondage. I know how many tears you’ve cried and how hard it has been having to remember things you’ve wanted to forget. I know the fight you have put up when everything in you has wanted to run and hide and numb again when it all got too hard. I have witnessed the depth of the shame you have lain at His feet and the effort it has taken to hold your head up. I know your story and I am so very proud of you for allowing Jesus to have it and to turn it into something that will bring Him glory.

But my knowing all of that is not the best part. Your Father knows all of that and more. He knows all the parts that are just yours and His. Your Father is proud of you. He is for you and with you and in you. He has a destiny for you that you never thought possible. You are loved beyond measure! Don’t give up! 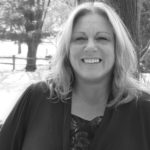 This blog post was written by Karla Wasion. Karla has been a blogger since 2009 and has been on staff with Grace House since 2013. She is currently writing her first book detailing the story of the restoration of her marriage. She and her husband moved to Waco in 2012 from the Chicago suburbs to be closer to their two adult children. Her first grandchild was born in June, and her second one is due in November, so it’s been a big year! You can visit her at www.outofedenministries.com. The ladies at Grace House are desperate for change, but they need help getting there. This ministry is not possible without community partners like you. Please visit our website www.gracehousewaco.com for more information or to make a donation.