Life together: Being a good neighbor in Waco

I love living in downtown Waco. We’ve got a gorgeous river, a sprawling urban park, a charming business district, a friendly and diverse community, and world-class higher education.

As I travel through Texas and around the world, my fondness for the city has made me a bit defensive about it. Defensive because of the nearly ubiquitous reactions that mention of “Waco” elicits from others. Waco, as you likely know, has a worldwide reputation.  In many folks’ minds, Waco is not just where the Branch Davidian siege and biker-gang-shootouts happened to take place. Unfortunately and unfairly, for many, Waco represents the kind of place where those sorts of things occur:  backward, gun-crazy, with more than its share of religious fanatics.

Such interactions have sensitized me to widespread misconceptions about the South. As a native Midwesterner, I’m surprised to find myself in a position to convince friends and colleagues that their stereotypes are often untrue and unfounded.

That said, Waco has its struggles like any other city. And these challenges have been especially pronounced during the last half of the 20th century; we are now emerging from that period but those challenges still affect us today. For example, the lack of grocery stores means that on most days it’s impossible to buy fresh food for many miles around downtown. It’s an inconvenience for me, but a conspicuous public health problem for the city. Also, its infrastructure needs updating to make the city more accommodating for pedestrians, cyclists, and public transit users. Study after study shows that such urban development really matters: sidewalks, trees, and bike lanes are not only economically beneficial but actually make people happier and healthier.

These problems are intertwined with another, bigger one: lack of confidence in Waco schools.
As this website has highlighted, there are plenty of good-news stories emerging from Waco ISD, but I want to address the perception of problems just as much as any actual problems. Perceptions – even if they’re illusions – matter, since they have kept many more-resourced families away from downtown Waco.

Historically, downtown was hardly a place to avoid. Many Wacoans remember when downtown was a thriving business district that attracted people from all over. Downtown boasted theaters, stores, hotels, and streetcars: precisely the amenities world-class cities feature today. Its streets were packed with people. U.S. Presidents came to town; renowned theologian Dietrich Bonhoeffer even stopped here on a 1931 road trip.

In the 1990s, by contrast, Waco was known among Texans more as a bathroom stop along I-35; it was christened “Tinkletown” by one Baylor professor. One newspaper dubbed the Waco of this era “a shabby ghost town.”

I’ve asked a lot of questions about what exactly happened to this formerly thriving downtown, and there is one explanation that nearly everyone brings up: the 1953 tornado. Many Wacoans say that our formerly great city was blighted by this Act of God, and that downtown has simply never recovered from this natural disaster.

But that’s just one part of the story, and I’ve come to think that Waco’s decline is not nearly so much an act of God as many smaller acts of human sin. An F5 tornado, horrible as it was, is no match for the urban destruction wrought by human prejudice.

Coinciding with the tornado was the momentous Supreme Court decision, Brown vs. Board of Education, officially desegregating American schools. Desegregation was slow and piecemeal in Waco, but over the few years it was implemented, Waco ISD saw an exodus of over 5,000 students leave for surrounding suburbs[1]. It is clear that some people moved away from downtown Waco to move away from integrating with minority communities. Moreover, it is clear that many people today also choose their school districts in ways that effectively reinforce segregation, which harms students (not just poorer ones) in lots of ways.

This is not just a Waco problem: it’s an American problem, especially severe in the post-World War era of “white flight.” The combination of exclusive neighborhood covenants and the redlining procedures used by banks to segregate neighborhoods made for new ways of preserving old divisions. And because of America’s peculiar method of financing education through local property taxes, this system generates not only ethnic division, but less education funding for poorer families. America is one of the only developed nations that spends more public money on rich children than on poor children [2].

Segregation in American schools never really ended; it only changed forms by becoming privatized. Instead of segregated schools, we now have segregated neighborhoods. It’s not just about race, or even class: it’s about not wanting to live with people different from ourselves, coupled with legitimate (if muddled) fears of providing children with anything less than the best educations. This is certainly part of the explanation for Waco’s downtown decline.

The concentration of wealth and educational opportunity in segregated communities of privilege are understandable social phenomena. But these realities do not reflect especially loving or Christian values. To the contrary, I believe they are trends that Christians should be working to change.

Problems with race relations haunt America’s past, but we risk recapitulating these sins unless we identify them and address them head on. There are glaring disparities in class and ethnicity within steps of Baylor’s campus. The good news is that Baylor can help remedy these divisions. I single out Baylor because it’s the institution I’m currently part of, but I also believe it has the resources and the vision to make a real impact.

How can Baylor be a better neighbor in our community? One answer is simply to be a neighbor in our community – that is, to suggest that its employees might live here instead of elsewhere. When faculty and staff move to Waco to join Baylor, the university has often shepherded them off to distant suburbs. But Baylor should also promote downtown as a great place to live. Several new faculty members have recently made the decision to live centrally and I think even more will in the future.

Secondly, Baylor can provide volunteer experiences that are more than just passing events. Service opportunities should foster richer, more long-term interactions between students and the rest of the city, and help with problems identified by community members themselves. I have been impressed with the ways that Baylor pursues these goals, especially though its Office of Community Engagement and Service. Volunteering should be integral to the undergraduate experience.

And third, Baylor can actively promote diversity among our students, teachers and staff. We should strive to reflect the diversity of Texas and our nation, and be part of the best tradition of universities that become engines of social mobility. I would argue that Baylor, which was itself segregated for 70% of its own institutional history, has an added obligation to ameliorate the ongoing disparities along ethnic lines.

I love living in Waco, and want it to be a place where everyone has the opportunity to flourish. We can all work on being better neighbors. 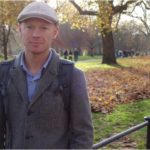 Eric Martin is a philosopher working at Baylor University’s Great Texts Program. Originally from Michigan, he studied in Colorado and California before taking his first academic position in London. After a few years overseas, he’s now happy to call Waco home. When he’s not at his desk he can be found exploring Cameron Park or riding his bicycle.

[1] Texas Education Agency Research Division, Public School Directory 1954-55 – 1984-85. These numbers are corroborated by anecdotal accounts of the city’s reaction to integration by residents and school officials. See also BU’s Institute of Oral History records: esp. Glenn R. Capp, Sr. (1976); Samuel K. Howard (1994); Pauline Adams (2002). Advocating desegregation in 1955 earned Capp personal threats and accusations of being a “communist” by the local White Citizens’ Council. Enthusiasm for integration was tempered by sometimes-tumultuous court-ordered school reorganizations, such as 1970’s consolidation of La Vega and Waco schools. Recent discussions of modern segregation include ProPublica’s Segregation Now and This American Life’s The Problem We All Live With.

[2] Organization for Economic Cooperation and Development, Education at a Glance 2013.