The City of Waco is preparing to be designated as a Smoke Free City in January. As an advocate for health, I felt it was time to discuss this ordinance and the positive impact it will have on our city and its residents. 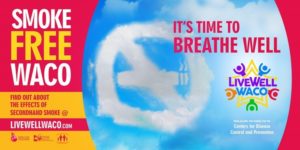 First of all, smoke free laws are not a new concept. In fact, as of July 2015, twenty-six states and 763 municipalities in the U.S. have placed bans on smoking in restaurants and bars as well as non-hospitality workplaces. These laws are being implemented all over the country and all over the world. Ninety-two nations have enacted some sort of 100% smoke free law, sixty-two of those laws include both restaurants and bars. On October 1, 2015, it became illegal to smoke in vehicles with those under the age of 18 in England and Wales. The Texas statewide ban has stalled, but numerous cities in Texas are taking action and enacting their own smoking bans including Robinson, Woodway and soon Waco.

Do you remember when it was legal to smoke on airplanes? I’m a little too young to remember that, but I do notice the ‘No Smoking’ signs on airplanes today and know the history. It has been 25 years since smoking was banned on airplanes and now there is an entire generation that could not even imagine smoking on an airplane. That’s a huge accomplishment for public health! The City of Waco smoke free ordinance will contribute to another generation not knowing what it was like for smoking to be allowed in indoor workplaces, including restaurants and bars along with bingo and pool halls. 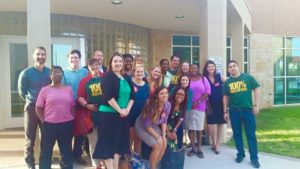 Second, it is a known fact that secondhand smoke causes disease and premature death for nonsmokers. Countless studies published by leading health agencies have affirmed that secondhand smoke is a completely preventable cause of death. According to the 2006 U.S. Surgeon General, there is “no safe level of secondhand smoke exposure and the only way to ensure health protection is a 100% smoke free environment.”

Smoke Free laws are designed to protect the public health and welfare of the community from health hazards such as heart disease, various cancers, stroke, and respiratory infections induced by breathing in secondhand smoke. 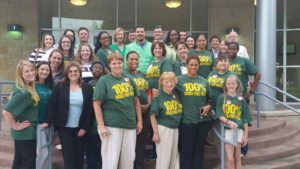 There are several health benefits that we should see with this new smoke free ordinance. The ordinance will reduce exposure to secondhand smoke and produce a drop in ER visits due to heart and asthma related issues. Heart disease is the leading cause of death in the nation for men and women. Smoke free environments have been shown to decrease the rate of heart disease. Smoke free laws move us in the right direction – hopefully soon heart disease will no longer being the number one killer of Americans. These laws will also encourage people to quit smoking and prevent youth from starting to smoke; this will ultimately reduce the number of smoking related deaths.

Essentially, our community will be healthier, happier and will continue to prosper after this ordinance goes into effect.

I am very excited to soon be living in a designated smoke free city! I applaud the City of Waco for taking this step towards protecting the health of its residents in order to have a prosperous Waco! 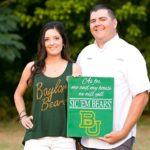 Courtney Restivo Wollard is a lifelong Waco resident who works as Lead Health Services Coordinator at the Waco-McLennan County Public Health District. She serves as Chair for the Live Well Waco/Obesity Working Group of the Prosper Waco Health Committee. She is also an alumnus of the Waco Foundation LeadershipPLENTY Institute. Courtney graduated with her Masters of Public Health from Baylor University and right away began her career as a health advocate. She is married to Kyle. They have a Chihuahua and a Labrador retriever and are in the midst of building their dream home. Courtney hopes to continue to help create a healthier environment for McLennan County residents filled with healthy eating and physical activity opportunities.

Smoking ban in vehicles in England/Wales –