Calling all Millennials to help Curb the National Debt!

Throughout history there have been many times when the youth, frustrated by issues affecting society, have rallied together to invoke change in our nation. In previous decades, those issues included civil rights, education, the Vietnam War, and free speech. What made the movements of these past generations successful was hope that change could be enacted and a willingness to use the collective power people hold in our democracy to achieve it. In contrast, our generation, the millennials, are currently described as too lazy, sensitive, safe-space-confined, selfie-obsessed, and self-absorbed to care about anything going on in the world. If judged by voting percentages of 18 to 29 year olds, that assertion might be correct. Millennials’ voting participation rate peaked in 2008, when 51% of the eligible voters from the youngest voting block participated that presidential election year. In contrast, during the last midterm election only about 21% voted. Because of this, politicians have had little incentive to act in our generation’s best interest. In particular, there is an urgent issue that I, along with the other members of the MCC Up to Us team, believe must be addressed because of its impact on our generation: the national debt. This debt issue threatens the future prosperity of our country and the future livelihood of young Americans through its effect on taxes, and federal spending.

The Up to Us team at McLennan College is running a national debt awareness campaign, as part of a national competition, in the hope that we can inform our peers about the issue and inspire them to take action by participating in the political process. Our campaign is non-partisan; we aren’t endorsing any political ideology, party, candidate, or even legislation. Instead, we believe this issue should transcend party lines and ideologies because Democrats and Republicans alike have gotten us to this point, and everyone will be affected by it, whether they consider themselves liberals or conservatives. Additionally, we do not want to promote intergenerational conflict, but we believe that our current political leaders, in regard to the national debt, are making decisions hurting our generations’ best interest, because the debt accumulated today will affect society tomorrow. Our main goal is to make our peers aware of the national debt and the importance of government fiscal responsibility, because our federal budget, apart from showing how we allocate our resources, demonstrates where our values and priorities lie.

After years of continued borrowing from the prosperity of future generations by running high federal budget deficits, the national debt is close to 19 trillion dollars. This debt accumulation trend, if left unaltered, could have negative consequences for our country. For example, in 2015 we spent approximately $224 billion in interest, more than we spend on education, research and development, and infrastructure– which are investments for our future– combined. Additionally, our annual interest payment is expected to more than double to $772 billion by 2025. Therefore, we must consider our priorities when thinking about increasing the national debt because we can’t fund the government through deficits indefinitely.

Currently, major drivers of the national debt are the national healthcare programs, but sadly there has been little done to make them sustainable. Over 40%, or about 1.8 trillion dollars, of our federal budget goes towards social health programs like Medicare, Social Security, and Medicaid, with costs growing every year. For example, due to the baby boomer generation retiring, Social Security and Medicare, in particular, have become extremely costly and are unsustainable under current law. In 1960, the worker to beneficiary ratio was 5 to 1. In 2009 it reached 3 to 1, and by 2035 it’s projected to reach 2 to 1, which will make Social Security an even bigger burden on our budget. Granted, these programs are important for our society, but if we want to continue having them, we need to make them sustainable in a way that won’t sacrifice the future of our country.

Our current political leaders are heavily divided among political parties and ideologies, and are unwilling to solve the issue. This led to a government shutdown in 2013 and inaction to reduce our budget deficits. Additionally, politicians from both sides of the aisle continue to irresponsibly propose plans that could have a significant negative effect on our deficit, such as heavily increasing spending or cutting taxes, the government’s revenue, by trillions. Proposals like this borrow from the prosperity of future generations for immediate political benefits. Therefore, it is up to millennials, the generation that in the future will suffer the consequences of the decisions made today, to demand action and hold our politicians accountable by participating in the voting process. By joining together now, we can cement our legacy as the generation that ensured America’s prosperity by demanding fiscal responsibility and ensuring our resources are spent investing in our future. 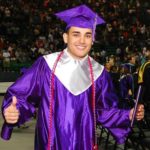 Saul Cornejo Bravo is a student at McLennan Community College and currently interns at First Friday Waco. He is passionate about community development and plans to transfer to UT Austin and major in Economics.