Reflection on a vigil

Early Thursday a friend posted that the Black Poet’s Society of Waco was hosting a Black Lives Matter vigil Friday in downtown Waco, and I decided to go. In these moments I often don’t know what to do or say, but I’m pretty good at showing up. Then right before going to bed Thursday, the news from Dallas came out and I wondered, “Should I go? Is it safe?” I felt fear, because aside from Waco and Brownsboro/Chandler/Tyler, there’s not a city on the planet that I know and love more than Dallas. Of course it wouldn’t happen in Waco, I thought, but before yesterday I would have said the same thing about Dallas.

As I reflected on my anxiety yesterday, it helped me understand my White Privilege more than anything else has. It’s also made me appreciate cops more. Because that fear and anxiety I felt was just a small slice of what cops feel every day when they put on the uniform, and it is a fraction of what black men and women feel every time they walk down the street, and every time they are pulled over for things that I get away with all the time because of the color of my skin.

It’s an interesting thing that cops and black people have this in common– They are targets because of the uniforms they put on, and because of the skin they can’t take off.

I went to the vigil last night, and it was peaceful. And meaningful. And I heard from the speakers, mostly African American, anger, sadness and lament, not just for Alton Sterling and Philando Castile, but for the law enforcement officers who lost their lives, and for the white and Hispanic men who were shot by cops in the past couple of days that the media has chosen not to cover.

And mostly, I heard this– Our black brothers and sisters are exhausted. This was my first vigil or rally to remember senseless killings. For many of them it is an occurrence that happens multiple times a year. And all they want is for their sons to live, something that should be taken for granted. And my prayer is that it will be so. 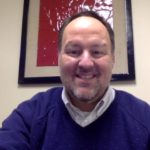