Twenty-two years ago, I found myself lying on a massage table with fine thin needles being inserted into various parts of my body. The problem that had brought me to this unusual position was a monthly fluctuation in moods called Premenstrual Syndrome, accompanied by severe debilitating cramps. During my monthly cycle, I would swing between tears and irritability. Acupuncture had been recommended to me by a friend whose sister was attending the Academy of Oriental Medicine at Austin (AOMA). My friend assured me her sister, or one of her fellow interns in the student clinic at AOMA, would be able to help both with the pain and the moods. 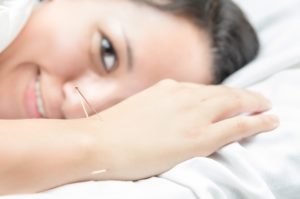 Being in such misery, I was willing to try anything. During my treatment, which included two interns and an instructor asking questions, taking my pulse and looking at my tongue, I mentioned I often had a feeling of something being stuck in my throat that wouldn’t go down when I swallowed. A look of understanding passed between the two interns and one of them explained this was something Chinese medicine called Plum Pi Qi and it clearly was indicated in my diagnosis of Liver Qi stagnation. After the needles were removed, they also gave me an herbal formula and recommended I return for future treatments.

I was amazed at the results. I felt calmer, more centered and as a bonus, during the next monthly cycle, my cramps were much reduced. I was hooked.

Six years later, I was the intern seeing clients in the student clinic at AOMA. Many of those clients had mental health issues, ranging from depression, anxiety, grief, anger, PTSD and many others.

At AOMA, we learned emotional issues were related to stagnation of an energy called Qi (pronounced chee). Each emotion was also related to a specific organ system. Grief was related to lungs, anger and depression to liver, fear to kidneys, worry to spleen, overjoy (mania) to heart.  By releasing this stagnation with the acupuncture needles and rebalancing the specific organ system, these mental health issues could eventually be resolved.

After graduation, I began to research how acupuncture helps resolve these issues.  Western medicine had begun doing research studies on acupuncture.  While many of these focused on pain, several of them also focused on mental health issues.  There are many theories as to why acupuncture helps pain and other issues such as depression, anxiety and PTSD, one of the things we do know is acupuncture affects brain chemistry.  It causes the body to release endorphins, serotonin, and enkephalins and other brain chemicals that help our body with pain, emotions and our immune system. It also increases receptor sites for these chemicals to attach to within the body.

One of the most interesting continuing education classes I have taken was working with veterans suffering from PTSD through an organization called Vet TRIIP (Veterans Team Recovery Integrative Immersion Process). This organization uses a multi-disciplinary approach to working with veteran PTSD. They incorporate tai chi or qigong, acupuncture, massage therapy, chiropractic, talk therapy and other modalities to help the veterans in their recovery.

The first veteran I treated was one who was, “wound very tight.” He had chronic pain in his lower back and neck. Using just a few acupuncture needles and sitting with him quietly, I watch as the tension left his body. After the needles were removed, he stood up, and a smile came across his face as he realized his pain had eased. “I feel so relaxed,” he said, “and the pain is much less.”

Another veteran I worked with was also a survivor of sexual assault. She was having severe anxiety and insomnia. She also had chronic pain. She, too, was very tense—emotionally and physically. During the treatment, she was actually able to fall asleep, and afterwards told me she felt calmer, like she could finally take a deep breath.

Of course, veterans with PTSD aren’t the only ones to benefit from acupuncture’s effects on mental health issues.

Another training I took is called NADA (National Acupuncture Detoxification Association). This simple 5 needle acupuncture, done entirely in the outer ear, has been used to help people wean off drugs, alcohol and tobacco. One of its main effects is to help reduce stress and anxiety. It was used by acupuncturists to help first responders and victims deal with stress after 9/11, Hurricane Katrina and many other disasters. It’s also used by Acupuncturists Without Borders when they respond to disaster sites around the world.

I use NADA quite often in conjunction with body acupuncture for my clients experiencing stress, depression or anxiety. One of the main points in this treatment is Shen Men, which translates as Spirit Gate. Quite often, if someone is in a stressful situation, I will add a very tiny (.06 mm) needle on a piece of tape to Shen Men, to help them deal with stress after they leave the clinic.

During my 16 years of treating clients with acupuncture, I’m still amazed when someone sits up from the treatment table with a relaxed smile on their face as they tell me how calm and energized they feel. And often, that’s just a side benefit from other issues we’ve been addressing.  It’s one of the reasons I love my work. 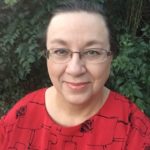 Jamie Graham is the owner of Healing Touch Acupuncture and is a licensed acupuncturist practicing in Waco. She has a Master of Science in Oriental Medicine from the Academy of Oriental Medicine at Austin. She and her husband, Bob, will be celebrating 43 years of marriage in March. She has one daughter and one grandson who are the joy of her life. She is owned by a Russian blue cat named Walter and a very spoiled shih tzu named Brandi. When she’s not using needles as an acupuncturist, she uses different kinds of needles in her textile art, quilting, knitting and embroidery work.