On the Occasion of Firsts

There is something endearing about “firsts.”  Before them, life is a bit different and requires our participation in a certain way.  First words.  First steps. Even our first crush- which sometimes ends up becoming our first heartbreak.  Firsts are important.  Perhaps the significance lies in how firsts introduce us into a new way of being in the world.  There are usually many similar incidents that follow the initial event, but nothing else has quite an impact on us as the first.  As I rambled on in a half-conversing/ half-processing-out-loud space of contemplation as I prepared for this piece, I realized that I had developed a deep sense of intrigue around the idea of firsts.  And for these next moments, I want to share how firsts, especially on an institutional level, are just as worthy of attention, celebration, and commitment as our own individual experiences. 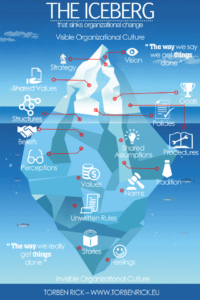 In my professional career, I have experienced something that is common, but still makes me wonder.  I often find myself being the first. Whether it is the first in a specific department, or the first in an entire organization, the experiences are similar. The first I am speaking of is being the first African-American.  In settings where individuals have little experience with one another, the tendency is to operate from a set of generalizations and assumptions about a specific group.  This type of relational process was investigated in a study which addressed academic success in schools: “In the absence of prior contact with a person or institution, participants may rely on the general reputation of the other, and also on commonalities of race, gender, age, religion or upbringing….The more interaction parties have over time, the more willingness to trust one another is based upon the party’s actions,” (Brewster & Railsback, 2003).  When you are first, you know it.

Almost 10 years ago, our nation experienced a significant first.  When Senator Obama became President, our country entered a new way of being in the world.  If our country had any reason to be celebratory, then this was it.  Even with our disordered and painful history concerning race, we elected our first African-American president!  But take a look at some of the other things that occurred during that time. There were nooses displayed on college campuses, Google searches for the n-word spiked, stuffed dolls were hung reminiscent of our country’s lynching history, and many other responses to a change in the original pattern.  Although there was much to celebrate in our progress, there was much support that our institution needed from us to assist it through its first.

A couple weeks ago, I attended the reception of Waco ISD’s first African-American superintendent, Dr. Marcus Nelson.  In his address to a very welcoming audience, he was engaging, transparent, and candid about his strong belief in serving children and his commitment to their future.  The room was filled with so much hope that evening.  As Dr. Nelson recalled the shock and pride among the elders he recently met along the route of the Juneteenth Parade, I recalled that same type of pride I witnessed among elders as I waited in line the six hours to cast my vote on Election Day in 2008.  Our elders were experiencing a reality they thought they secured for their grandchildren- not expecting to taste it in their lifetime.  I understood that their tears, and their hope was a debt already paid.  And it was mine to do the work of this hour.

Whenever we break patterns that have been similar for a long time (like the pattern of U.S. Presidents), it is important for us to pay attention to the things that are also happening around that shift.  When Senator Obama was elected President, it not only meant something but it also did something.  Systems do not change easy, and the unwritten rules of their arrangements critically deserve our attention in times of change.  As I welcomed Dr. Nelson with pride, hope, and expectation, I also committed to pay close attention to what our district would need from us during its institutional first.  We have reason to celebrate, but we also must remember that as our institution is going through a first, it will be our willingness to have direct contact and conversation with one another that will make the biggest difference.  And while we’re at it, let’s make these kinds of things normative.  It’s such a great time be in Waco!

Welcome, Dr. Nelson!  We’ve been waiting for you. 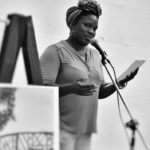 Elizabeth Ligawa is a recent graduate from Truett Theological Seminary, and the Diana R. Garland School of Social Work, earning both her Master of Divinity, and Master of Social Work.  Though her prized role is being a mother to her dear son, Elijah, Liz has a love for encouraging people to come together in ways that engender healthy communities.  Her role as the Director of Community Engagement at Prosper Waco allows her the room to work in and among the many faces of her beloved Waco community. She may be reached at [email protected]