Ira Watkins: On Progress and Waco

(Ira Watkins is an artist from Waco.  In 2005, he painted a mural of Dr. Martin Luther King Jr. on the old pier that used to support the Interurban Railroad bridge.  Now the old pier with its beautiful mural. serves as an observation deck overlooking the Brazos near the East end of the Suspension Bridge.  Mr. Watkins lives in San Francisco, but has family in Waco and still visits frequently.  Sarah Frank interviewed him by telephone from his home in California.  – ALW)

A few weeks ago I took some time out of my lunch break to visit the Suspension Bridge and take a walk through the park. I stopped for a moment to admire one of my favorite Waco murals, that of Martin Luther King delivering his famous “I Have a Dream” speech to thousands.

As the daughter of a black man I was raised to know African American history. I know all the names by heart, from Rosa Parks and Sojourner Truth, to Emmett Till and Jesse Washington. When I told my dad I was going to school in Waco, I remember him asking “Do you know what happened there?” At the time, I had never put it together that the Waco in which the lynching of Washington occurred was the same Waco I was moving to. I spent the rest of the night searching for other lynchings and racist acts in the Waco area, questioning my own judgement to move there. I had passed through Klan country before and in my terrified state I imagined Waco would be the same.

Acts of love and peace like the painting of the MLK mural give me and the rest of the community a sense of hope, which was exactly the intention behind artist Ira Watkin’s painting. A few days after my visit to the mural I had the privilege of interviewing Mr. Watkins about growing up in Waco and the purpose behind the mural. This was the first time I had spoken to an African American native of Waco about the history here, and I was eager to gain a new perspective on my current home and its past. 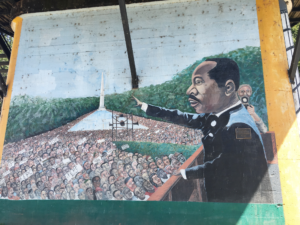 The idea of the mural was originally spawned as a beautification project. Mr. Watkins explained that he had a friend over at his house one day and they were looking through an Ebony magazine. His friend mentioned the lack of beauty in the Martin Luther King Jr. Park and said, “I have more flowers in my yard than they do at the MLK park.” He went on to ask Watkins to paint a mural for the park. Watkins agreed and chose to paint a mural of the images of King that were displayed in an Ebony magazine. Watkins went on to talk about King, mentioning, “To me, it’s like MLK was an inspiration. Sometimes God puts different people on the planet not just to give a message from a religious perspective, but from a humanitarian perspective.”

“You see these freckles? That’s the n*gger in me.”

After discussing the conception of the mural, I moved on to ask Watkins more about growing up as an African American in Waco and in the United States. He told stories of his old stomping grounds, of what he did for money, and who his friends were. Despite having what seems to me as a relatively normal childhood, Watkins told me a short story which stuck with me:

“When I was there in Waco as a kid, there was one white dude named Ralph that we socialized with and we could go up to his house as long as his parents weren’t there. He had freckles, he always said, “You see these freckles? That’s the n*gger in me.”

Watkin’s story surprised me for two reasons: the fact that he could only go to Ralph’s if his parents weren’t home and Ralph’s comment about his freckles. This story is a product of its time, steeped in prejudice but also in progress. Ralph’s parents illustrate the prejudice at the time – an unwillingness to have a black boy over at their house. Ralph, however, portrays the progress – a boy so accepting that he is okay with having a little bit of black in him.

Despite the racism and prejudice Watkins may have endured growing up, he explains that “[Waco] was great to me because, in my opinion, we had everything that white people had… Everything was basically on the same level.”

“They’d never come back to Waco. They haven’t seen the changes.” 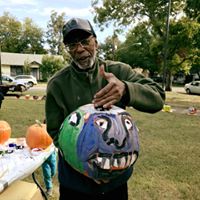 Speaking with an African American man who grew up in a time of great racial divide, I expected Watkins to be more bitter toward his hometown and his childhood; however, Watkins only had positive things to say about the city. “Waco was alright to me,” he explained. “I have some friends that said they’d never come back to Waco. They haven’t seen the changes. The good thing about it is everyone there is not from there or the surrounding area. They have people there from all over the country, all over the world, and when they come in they come with different ideas. Some of them fall in place with the old guards and some of them bring their own interpretations of what they want it to be.”

“You can’t undo what has been done.”

When asked about Waco’s past, Watkin’s message remained one of hope and progress. Despite the history of racism and prejudice here, Watkins asserts that there has been, and will be, progress in this city. “It’s history, but you can make progress from learning from the past,” explained Watkins when asked about the acts of violence in Waco. He goes on later to attest, “My perspective is that you can’t undo what has been done. You have to live with the past and make strives so that the future can be better.”

My interview with Watkins highlighted the progress Waco has made and motivated me to continue working toward an even better future. His story has also made me realize that Waco is not just its history, but it is its stories, its people, and most importantly its progress. 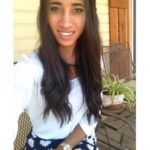 Sarah comes from Abilene, Texas and is a senior at Baylor University. She studies Psychology and Professional Writing and hopes to pursue a career in clinical research. She is a dog lover and is known to pull over in her car to stop and pet a dog. She has a hunger for travel and has visited 8 countries and hopes to go to more. A pessimist by nature, but with hope for a better future, she is passionate about civil rights and dreams of a future without borders, hunger, and war.