Hey Baby Boomer! Do you take better care of your car… or yourself?

Pop quiz. Are the Baby Boomers – people born between 1946 and 1964 and now entering their retirement years – more or less healthy than previous generations? The assumption has long been that they are.

Not only has Americans’ life expectancy increased in recent decades, we also are healthier later in life. Since the early 1990s, the average 65-year-old has gained an extra nine months of life expectancy, but gained a full year of disability-free life on average. Research bears out that the change in disability rates has been substantial. In the early 1980s, one in four elderly people had difficulty living independently. Today, there are fewer than one in five.

In addition, despite a major increase in the number of elderly in our country, the nursing home population today is virtually the same as it was two decades ago – yet another testament that the health of the population is improving, even as more people live to older ages.

David Cutler, an economics professor at Harvard University who researches disability, has reached the conclusion that people in general are in much better health right up until the last year or two of life. This is in stark contrast, he says, to previous generations in which people spent their final six or seven years of life being very sick and in and out of the hospital.

Boomers were the first generation to have greater access to healthcare and services such as regular immunizations, preventive care, and widespread use of antibiotics. They also grew up in a generally prosperous economy, and many benefitted from greater educational and employment opportunities compared with earlier generations.

All these factors positively correlate to being healthier. Research comparing Baby Boomers with people from two decades ago in the same age bracket also shows that Boomers are healthier in some important ways, including being less likely to have emphysema or suffer heart attacks.

Two critical factors have played a vital role in dropping mortality rates from heart disease. First is the slow and steady decline in smoking rates over the past half-century, which is a critical risk factor for heart disease. According to the Centers for Disease Control, in 1965 more than 42 percent of adults smoked. By 1993, that number tumbled to 25 percent, and, as of 2015, only about 15 percent of adults were smokers.

While the decline in smoking is a big win for public health, the advancements in detection and treatment of heart disease is the major success story in medicine over the past two decades. From blockbuster new cholesterol and blood pressure medications being given more often to the right patients at the right time, to groundbreaking new imaging heart technologies and minimally invasive procedures straight out of a science-fiction novel, the medical advances to manage all facets of heart disease are perhaps unparalleled in medicine.

This may all paint a bright picture, but many of these positives are offset by the negative impact of weight-related health problems. The proportion of Baby Boomers with diabetes, high blood pressure, and obesity is increasing, so the answer to whether or not Baby Boomers overall are healthier than previous generations is somewhat mixed.

One solution to this lies in the concept of preventative care.

Nine out of 10 pet owners know when their dog or cat is due for their shots. Eight in 10 mothers know their child’s sports schedule by heart, and 80 percent of men know how often they should have their oil changed. Yet only 50 percent of family health care decision makers know their blood pressure, and only 20 percent know their own key biometric numbers such as cholesterol and body mass index.

While Americans are great at preventive care for their pets and cars, it appears that is not the case when it comes to their own health. This issue puts pressure on the entire health care system because the old adage, “an ounce of prevention is worth a pound of cure,” holds true to this day.

Preventive care such as regular check-ups and practicing a healthy lifestyle help individuals avoid or delay disease. It also can help people catch a health problem early on, when it is most treatable. The Affordable Care Act requires new private health insurance plans to fully cover the costs of 45 recommended preventive services. This means patients pay no deductibles or copayments, or otherwise share costs of these services.

Unfortunately, a Kaiser Family Foundation poll found that less than half of Americans were aware of the change, meaning many people may be avoiding preventive care out of cost concerns. To make sure you’re not one of them, take advantage of these preventive services when you go in for your annual check-up.

For all the challenges surrounding health care in America, this is one of our healthcare system’s good-news stories.

This report, and other episodes, are available at KWBU.org. 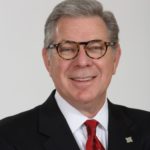 Glenn Robinson is the President of Baylor Scott & White Medical Center – Hillcrest. He has over 30 years of experience in hospital and health care management, and currently serves on several Boards associated with the Texas Hospital Association and the American Hospital Association. In addition, Glenn is Past-Chair and an active member of the Greater Waco Chamber of Commerce, and serves on the Prosper Waco Board.