The War after the War – The Battle Within

Most people think of Post Traumatic Stress Disorder, or PTSD, as being something that happens to someone after they return from war…but, the trauma that causes PTSD can be a lot closer than we think, and the PTSD caused by this kind of trauma is the most marginalized and stigmatized silent-growing epidemic in society. People are quick to throw out a diagnosis like bipolar disorder, depression, personality disorder, anxiety disorder, etc. without really doing a thorough assessment and understanding what physically happens to someone who experiences trauma.

Here are some examples of trauma that can cause PTSD: childhood trauma, abuse, neglect (not being wanted, verbal, psychological abuse and bullying, divorcing parents, growing up with substance abuse parents), sexual abuse, domestic violence, loss and abandonment through death or divorce.

PTSD is an invisible illness with symptoms including uninvited memories (flashbacks), deregulated emotions such as anxiety and fear, depression, anger, chronic heartache, insomnia, and night terrors all at once or sporadically. I’ve lived with this disorder my whole life and although I’m no longer broken or suffer with constant symptoms, I still have to address my bruises to maintain my freedom. There was a time, however, that my mind was plagued with uninvited memories and deregulated emotions. This paralyzed me.

I’ve suffered with depression and anxiety since I was as young as 10 years old. I smoked my first cigarette at the age of 11 years old and turned to food for comfort. I’ve suffered with eating disorders, drug addictions, nicotine addictions, self-harm and suicide attempts — all because I didn’t know how to cope with not being loved the proper way. People just assumed I was born with mental illnesses since my mother projected those lies on me to collect a disability check on me. The consequences of her actions retraumatized me, and I believed the lie that something was wrong with me for over 30 years.

When I was moved to two different treatment facilities the summer before my sophomore year, all I remember was the pain I felt because I blamed myself for all the mistreatment in my life. I couldn’t speak fluently about what all I experienced my 15 short years of life back then. All I could do was hurt, medicate, and misbehave. I also believed there was something wrong with me and the same message reverberated in my mind over and over until it took root. “I’m unworthy. I’m not lovable. There must be something wrong with me because my own family doesn’t even want me.” People just saw the behavior attached to those thoughts without knowing the depth of my pain and loaded me up on psych medication as they pushed me straight into the judicial system. I was raised by the systems, and I will never know what it’s like to have loving, supportive parents. I’ve had to grieve this reality as I learned how to parent my two boys alone.

A little over 10 years ago my life was forever changed when someone gave me Joyce Meyer’s book, “Battlefield of the Mind.” For the first time in my life the seed of hope was planted in my heart as I read someone’s story similar to mine. Joyce Meyer also offered a solution that wasn’t your typical quick fix this world tries to offer. At the beginning of my recovery, I was simply just learning how to self-regulate my emotions and function in society. I had no clue that I suffered with PTSD because I was trapped in all of the lies growing up. As I’ve mentioned before, everyone else minimized the abuse and trauma I lived through, so I minimized it as way to cope with it. This was not healthy. I found ways to escape the trauma by dissociation which caused suppressed memories that I’ve had to finally deal with as they’ve surfaced over the years. I also suffer with memory loss in certain seasons of my life growing up. Joyce’s book unlocked the prison in my mind I suffered with my most of my life. I began a new journey with God and I began to see change.

This was the beginning of my newfound life, and I began processing the hurt I kept locked away for so long. I began to take a look at the lost little girl within me and addressed the wounded child from within.

Here I am 10 plus years later moving past a painful past and traumatic childhood as I’ve grieved all my losses. All it ever boiled down to was this – I wanted to be loved and accepted. I wanted to hear something positive about myself instead of all the voices around me that kept restating that I wasn’t loved and valued. I’ve spent more years taking care of the mentally ill mother who abused me growing up than I did receiving love. I’ve also stood in the way of my mother who tried to commit suicide and visited her in mental institutions instead of being loved and supported throughout all of my own pain and suffering. This isn’t something medication can fix. This was a wounded soul that only God could heal. Since then, I have had to learn how to simply receive love from the godly women that God has put in my path of restoration.

The reality I lived in and survived is still happening to young ones today. Backgrounds like mine make one a prime target for human trafficking and the street life. Mental health agencies need to understand the depth of pain and suffering a person has gone through before just throwing a medication at dysfunction and abuse. I’m convinced our modern day slavery is mental health, and it’s evident that we have a crisis that needs to be addressed holistically if we ever expect to see real change and freedom. We weren’t designed to carry the burdens of this world. Because someone’s transparency changed the direction of my life, I share openly unapologetically to give others the same hope I received over 10 years ago. 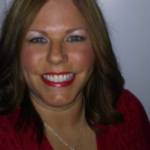 My name is Tabitha Ferguson and I was born and raised in this city. I share my story openly to help others find the same hope, healing, and restoration I found 11 years ago from a traumatic childhood.