Man in the Mirror Collective: Working to make a cultural shift

“Let’s take Easter to the strip clubs,” my wife said to me 15 years ago. Little did I know my “yes” would be my death sentence.

I experienced a “gentleman’s club” only once before as a bright-eyed Baylor freshman. I ducked in with trepidation, curious about what I would see. Two decades later, that experience is still seared into my memory, though for different reasons than you might expect. From the back, I watched as a half-naked dancer swayed around a 50-something-year-old man. He stared at her…as close as he could get without touching. His gaze was empty, robotic, disconnected from reality. I thought to my 18-year-old self, “I don’t want to be that guy”, and played pool the rest of the night. But I am no hero. I, too, am that man. A man who has been culturally conditioned to view women as objects, to “conquer the girl,” “chase the skirt,” belittle her mind and question her power.

Good Friday 2004, I drove my wife to several Waco stripclubs. She carried gifts inside, I sat in the car. It was the beginning of what would later become Jesus Said Love: a statewide movement sharing the love of Jesus with those impacted by the commercial sex industry.

This death of mine has been slow. In my 20s, I knew everything. I understood the way things worked. And, without a shadow of a doubt, I knew this reality of mine was made up of black-and-white, clear-cut, God-given truth. Today, at 42, my reality is more shades of living color than anything else, a hundred tones stacking and overlapping and spreading wide. This didn’t happen overnight. Every time we would visit a strip club, death. Every conversation with a club employee or manager, death. Every crisis, death. Dinners at my house with entertainers and their children, death.

My thoughts on everything from the sex industry to government, social justice to the church…everything in me, at some point, has experienced one of these deaths. And it makes sense. When macro issues suddenly become intimately personal, your response is wildly different than it was when you were a mile away. For those concerned that I’ve abandoned my faith, I can assure you: my views on Jesus have only deepened and grown stronger. In fact, these deaths I died were exactly what Jesus meant by “losing your life” to find the life that is life indeed. Yes, I die and rise again on the daily. I have awakened to greater truths: that numerous times in Scripture, Jesus relates to women, empowers women, listens to women, respects women. Jesus stands with women, positioning himself between oppressor and victim.

Several years ago, another level of death smacked me in the chest when we launched an empowerment program called ACCESS. I was scheduled to spend every day of 8 weeks with women who have been to hell and back: sisters with bravery beyond comprehension (because facing your own trauma is a serious and gutsy thing).

I sat around the big table in the Great Room at our JSL office with 8 future ACCESS students. It was our first chance to meet—an orientation of sorts. There came a point in our visit when the atmosphere shifted. There was a bit of silence. And then she spoke up. She said “I don’t trust men. I never have and never will. All they’ve ever done is hurt me. Abuse me. Lie to me.” She went on to say, “but I can honestly say you, Brett, are the first man I think I trust. There’s something about you that’s different.”

I swallowed and looked around the table. “I’m sorry for the way men have treated each of you,” I managed to say. “You are worth infinitely more than the words and actions that have been done to you at the hands of men. I promise this will be a safe place for you.”

I went home that night and the grim reaper was waiting…again. I kept thinking about her words: “You’re the first man I think I trust…” In a moment of honesty, I struggled with her comments because I thought about all the times I’ve objectified women. The crass jokes I’ve made around other guys, or (worse) the times I’ve heard other men say horrible things about women and I’ve kept silent – also known as “the bystander effect”. The times I thought, “She can’t handle that…we need a man to do it,” or the times my wife asked me to help with laundry, and, almost instinctively, my gut quietly said, “Wait, that’s your job.”

I don’t want to find myself sitting around the deer campfire talking about “tits and ass,” thinking it’s harmless. Or, conversely, diminishing its harm by saying, “It’s just guys being guys,” or, “I was just kidding.”

That night, in light of these deaths over the past 15 years, I wanted to create a space for men to come and die with me, learning about issues affecting women today. Yes, this was to be a brotherhood of sorts, made up of men who are willing to take back the language of the locker room and golf course. A band of brothers willing to look at these issues affecting women and realize they are, in fact, also inherently men’s issues.

Man In the Mirror Collective is that space where, together, we will put our minds, hearts, and pocketbooks together and make a difference in the current culture of domestic and gender violence. Men coming together in numbers strong enough to make a cultural shift.

The objectives of MITMC are simple:

Now, this collective is not about helping the “poor, weak woman.” It’s not about charging in, muscles flexed, ready to rescue with a savior mentality. Rather, it’s about doing what any logical human would do: listen first, link together – arm in arm, feet lined up unified at the front lines of the battlefield. In standing with women, we not only become better men, but (ultimately) better human beings in a better world for the next generation. This is legacy. This is good and true and right and reasonable.

The bells are tolling, men. Will you join me in making a change? Let’s start with the man in the mirror. 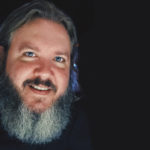 Brett Mills is the CEO of Jesus Said Love, a movement across Texas working with those impacted by the commercial sex industry. He also works closely with those arrested for buying sex through an intervention program of JSL called Stop Demand School. A graduate in Communications from Baylor University, Brett lives in Waco, TX with his wife Emily, and children Hattie, Lucy and Gus. For more information about how to participate in the Man in the Mirror Collective visit jesussaidlove.com/mitm or or email [email protected]