Introducing OUT on Austin

By Jeffrey Vitarius of the Waco Pride Network

Waco had celebrated LGBTQ Pride in the past, but had not had any kind of organized, city-wide celebration for ten years. That changed last year. After a crop of conversion therapy billboards sprouted up around Waco, organizers took the initiative to bring Waco’s LGBTQ community back out into the open. They had originally planned on a small picnic…what ultimately occurred was the first “OUT on the Brazos Pride Festival.” Over four hundred people turned out, the event was a huge success, and the organizers were able to raise considerable funds for future Pride events. 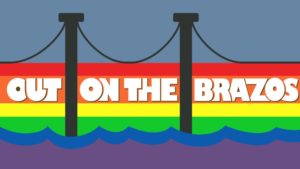 The 2018 festival focused on building a family-oriented welcoming environment featuring live performances, speakers, vendors, sponsors and a great sense of community. As planning began for Waco Pride 2018, it was obvious that the OUT on the Brazos Pride Festival should continue. But what about offering a more adult-oriented event in addition to the family-friendly festival?

Then we had a thought. What if we celebrated the numerous LGBTQ-friendly establishments downtown?  And just like that, the concept for “OUT on Austin” was born. A few conversations with the wonderful Rebekah Geare Hagman of Cultivate 7Twelve later and we had an event plan. 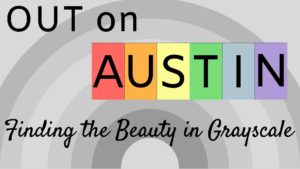 OUT on Austin will be centered on Cultivate 7Twelve where we will hold an art auction and raffle as well as offer refreshments. We will connect the event with various other locations up and down Austin Avenue with a social media scavenger hunt, encouraging participants to take in all that the Austin Avenue District has to offer. The event will close with a short presentation and the announcement of the raffle winner back at Cultivate 7Tweleve.

The theme of the evening will be “Celebrating the Beauty in Grayscale,” we will be recognizing that we are moving from a world of stark contrasts to one of gradients and subtlety.

The plan is ambitious, and we are absolutely confident in its success. We hope you will join us this year, next year, and in many years to come. We don’t plan on going anywhere. Find out more at www.wacopride.org or on social media @WPrideNetwork.

The art auction portion of OUT on Austin will take place from 6:00 pm to 9:00 pm on October 12th at Cultivate 7Twelve and will be followed by a short presentation.

The OUT On the Brazos Pride Festival will take place from 11:00 am to 4:00 pm on October 13th at Brazos Park East. 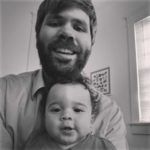