This week we are observing Mental Illness Awareness Week (October 7 through October 13).  Many do not think that this affects them because they do not have any mental issues.  However, we are all touched by mental illness at some point in our lives.  Maybe not directly ourselves but those around us: loved ones, friends or co-workers.  The point I continue to emphasize is that we ALL need to educate ourselves so that we are prepared for when someone around us needs help.

What is it like to care for someone with a mental illness?

In the U.S. there are 8.4 Million caregivers supporting people living with a mental illness and spend an average of 32 hours per week providing care.

Being a caregiver is stressful!  Reach out to those caregivers you know.  Offer to listen to them, take them out for some self-care, or learn what kind of support they would like.

Dual Diagnosis is when someone experiences a mental illness and a substance use disorder simultaneously.  People with dual diagnosis should receive integrated treatment that addresses both substance use and underlying mental health conditions.  Eight Million people in the U.S. experience dual diagnosis. More than ½ of all opioid prescriptions go to people with mental illness.  Over 30,000 people died from opioid overdoses in 2015.

Things you THINK you know about BPD:

Here are some FACTS:

How much do you know about Schizophrenia?

People living with Schizophrenia are 6 to 7 times more likely to be unemployed than the general population, with a 70-90% unemployment rate.  35% of people with schizophrenia have experienced homelessness or have been in jail.  Schizophrenia interferes with a person’s ability to think clearly, manage emotions, make decisions and relate to others. It is a complex, long-term medical illness, affecting about 1% of Americans.  It does not have a single cause either: genetics, environment, brain chemistry and substance use can all contribute to schizophrenia.

Someone with OCD can learn positive coping skills.  I learned from a woman, whose OCD made her late for work each day, that instead of running back into her home multiple times to make sure her curling iron and iron were turned off, she started bring them with her to the car.  When she had that OCD panic that she left them on, she could look over and see them in the seat next to her.  Learn what coping skills can help.

90% of individuals who die by suicide experienced a mental health condition.  We lose 22 Veterans by suicide each day.  I have been told that in Waco we have 3 to 4 suicides per week!  That is just the deaths that could be confirmed as suicide.  However, some deaths are questionable so the numbers are never exact.

What do you do if you suspect someone is thinking of suicide?  ASK

A – Ask them if they are thinking of killing themselves.  No, asking does NOT put the thought into their mind.  They are just hoping that someone around them will see how much they are struggling.  They are using all their energy to fight these feelings that they cannot always ask for help.  YOU can be their lifeline!  Some have told me that they would be embarrassed to ask this and my reply is “would you rather be embarrassed a few seconds or go to their funeral”?  It is THAT serious!!

S – Stay with them.  Of course, keep yourself safe if they have a weapon first!!  The amount of time that someone actually acts on the suicidal thoughts is a small amount.  Never leave them alone during this time.

70% of adults in the U.S. have experienced some type of traumatic event at least once in their lives.  This equates to approximately 233.4 million people.  An estimated 8% of Americans (24.4 Million people) have PTSD at any given time.  That is equal to the total population of Texas!  An estimated one out of every nine women develop PTSD, making them twice as likely as men.  Remember people of ALL ages can have PTSD, even small children.

Now that you have learned some mental health information, keep going!

Be a part of the StigmaFree Campaign by actively taking these three steps:

LIVE IT!  Learn about mental health by educating yourself and others.

SHARE IT! Share StigmaFree on social media, strive to listen, tell your story and see the person not the illness.

Cynthia Cunningham will continue as the Act Locally Waco Mental Health blog coordinator, but she is leaving her position as Executive Director of NAMI.  She shares this personal message:

“It has been an honor to work for NAMI Waco and my community. I found NAMI when my family desperately needed it. I knew absolutely nothing about mental illness.  It not only helped save my daughter’s life but it gave her a future that we were worried that she would never have.  A mental illness diagnosis does not have to be an end to a successful life.  It just means a different path to get to where we are heading.  I am proof that by educating yourself and those around you, you can save a life and make a difference!

Thank you to every place that has allowed me to come speak on topics of mental health, participate in trainings, provide resources and advocate for better mental health care.  I do not know what the future holds for me but I know that I am blessed to have worked with so many wonderful people in this journey.” – Cynthia Cunningham 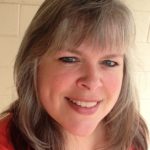 Cynthia Cunningham, has been a Wacoan since age 2. She lives with her husband of 28 years, Bobby, and two spoiled dogs and one royal cat!  Her passion is educating others about mental health.