Designing a transportation network with everyone in mind

Since I moved to Waco and began working as a city planner, Waco’s poverty has been the topic of discussion I run into most. I hear it at work, church, in local magazines, the newspaper, the radio, from our city leaders, and even at social events. Most Wacoans I know seem to agree that our level of poverty is a huge concern and detriment to our civic health.

Poverty varies across cultures, climates, and geography; it also exhibits consistent elements that are identifiable the world over. Food and shelter come to mind immediately for most people… transportation? It doesn’t come up as often – but it should. 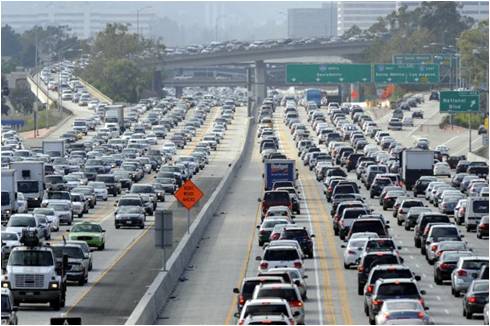 The vast majority of urban transportation networks in the US are designed to move as many cars as possible at safe speeds. This approach caters to vehicles more than to people, which has resulted in at least two major problems cities are facing today.

First, many places in the US have no additional space in their public right of ways (ROW) to increase the number of travel lanes for vehicles. Even if additional space were available for purchase (at incredible cost), the funds available for new road construction decrease every year due to the rising cost of maintaining our existing transportation network.

Second, and closer to home, many people cannot afford to purchase or operate a car. AAA has released an annual report, “Your Driving Costs,” every year since 1950 that analyzes the cost of owning a vehicle in the US. According to the 2013 report, the average annual expense for owning and operating a small sedan (think Chevy Cruze or Ford Focus) in 2013 and driving it 10,000 miles was $5,952. That is the cost to pay for insurance, fuel, maintenance and other operating expenses – purchasing the car is an additional cost. According to the Census, 23% of families (31% of individuals) in Waco live below the poverty line. A family of four living below the poverty line has an annual income of $23,050 or less. In other words, that family, in a vehicle-based transportation system, will be using more than a fourth of their small income just to get to work, take the kids to school, and go to the grocery store.

When people come together as town or city, they create an opportunity to pool resources for common infrastructure (i.e. water and sewer lines) and services (i.e. fire and police protection) at a lower overall cost. We readily agree that every citizen has an equal right to such services, regardless of income. However, our existing transportation network does not always provide the same level of service regardless of income. Most transportation systems in the US cater primarily to the most expensive (and dangerous) form of transportation: personal vehicles.

Many sections of the transportation network in the US could carry more people if they were re-designed for multiple forms of transportation instead of just for vehicles. The photo on the left illustrates this principle well. It shows the same 60 people along with the number of bikes, cars, or buses it would take to carry them. The drawing on the right  illustrates how a network designed to move people rather than vehicles facilitates a higher traffic volume without expanding the right of way. Such a

design is more efficient and effective: Dedicated space for pedestrians and cyclists, and shared space for vehicles and buses can move more people than the same amount of space designed strictly for personal vehicles. It also decreases the amount of public funding needed for construction and maintenance and generates a transportation network viable for all income levels.

Improving and diversifying our transportation network would alleviate some of the burdens that keep people impoverished. Not only would it provide greater economic potential for low income earners, but it would also increase Waco’s appeal to businesses and new residents. It’s no coincidence that attractive places to live in and visit around the world often have a viable public transit system and walkable streets. 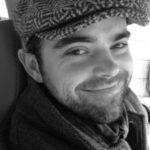 Felix Landry is the senior planner and bicycle and pedestrian coordinator for the City of Waco. He and his wife moved here in 2010 from College Station, Texas. They have two young boys.