But Some of Us are Brave: Kelsey Miller

I want to recognize the great work Lucas did in his post in this series by echoing his confession: I am racist. We all are. I say this in a spirit of deep repentance, which is where any truthful conversation about race must begin. This beginning also protects us from the dangerous temptation to think that we will somehow transform our culture into a utopia where we will each transcend racism and become color-blind. Better instead to accept and find meaning in the challenge of the work of un-packing our own biases, conscious and subconscious. That is good and fruitful work that we might all dive into together for a lifetime.

I grew up outside Chicago in a very white, very privileged suburb. It was not until I moved to Texas that I first heard a blatantly racist comment, spoken by one white person to another. The naïve temptation in that moment was to believe that somehow, the more highly evolved North was devoid of racism, while the South is filled with it. With more exposure, I soon learned that racism is not a geographical problem or cultural problem; it’s a human problem. Still, in the last few years that I’ve lived in Texas, I am sobered by the number of times I can recall where I said nothing in reply to both explicitly and implicitly racist comments.

One tool that has helped me to analyze some of these comments and attitudes, and to continue questioning my own stereotypes and biases, is to read books and articles by African American authors who are critically engaging issues of race, power, and privilege in our culture. I am deep into Bryan Stevenson’s new book Just Mercy, and I believe his prophetic witness to the deep brokenness in our criminal justice system in the form of racial and socioeconomic disproportionality is changing me permanently.

Stevenson writes, “Today we have the highest rate of incarceration in the world. The prison population has increased from 300,000 people in the early 1970s to 2.3 million people today…One in every fifteen people born in the United States in 2001 is expected to go to jail or prison; one in every three black male babies born in this century is expected to be incarcerated.”

Stevenson goes on, “Some states permanently strip people with criminal convictions of the right to vote; as a result, in several Southern states disenfranchisement among African American men has reached levels unseen since before the Voting Rights Act of 1965.”

If you did not already know this, does it surprise you? I am shocked by the statistics and stories Stevenson shares in this book. Stories of systemized violence against people of color, of intentional legal misrepresentation of African American clients, of scores and scores of laws in our country that are less than 50 years dead that routinized and systemized the inferior status and treatment of people of color. I can own up to the fact that it is a privilege to be shocked, but I hope never to stop there. It is only when you and I use that shock to fuel us to keep reading, to keep listening, and to keep having the hard conversations that it becomes truly valuable.

Stevenson’s work has empowered me to engage more critically and respond more vocally to daily instances and examples of the dangerously disproportionate systems he unpacks. For white people, this means first confessing our own participation in racism, even if we think it only happens inside our own heads, and then resisting the urge to remain silent when other white people make openly or implicitly racist remarks. I used to think that it wasn’t worth risking a relationship or upsetting a temporary calm to call out wrong when I heard it. And I doubted my own strength, or that a few comments from me on the destructive nature of racism could be effective. How often do I tell myself that lie? That people can’t change or won’t understand, and it’s better for me to just be quiet?

Perhaps the more sobering question is this: is false harmony more valuable than the everyday pursuit of equality and justice?

A switch flipped when I realized that I can choose to either sell out people of color by refusing to openly condemn racism when I see it in action, or I can summon the courage to say something when it would be easier to be quiet. I’ll admit that this understanding of “bravery” is really lame and cheap in the wake of protestors who took to the streets of Selma, the bus boycotters who endured beatings and abuses, the unjustly tried and accused who faced all-white juries presented with zero evidence, followers of Dr. King and Malcolm X who were willing to give their all so that they might be heard, and so many more. Still, my voice is what I have, and speaking up is one thing I can do. So rather than be immobilized by the weight of my privilege and frustration, I can choose to say something. I can decide that false harmony is not more valuable than the everyday pursuit of equality and justice. I can risk the hurt feelings or shock of neighbors, colleagues, family, and friends when I tell them that comment they just made was NOT ok (and why).

And, since I started this post with a confession, I’ll end it with one: I am pretty terrible at being brave, most especially about a topic as challenging and uncomfortable as racism. But I’m trying, and I’m working on it, and I’m learning from people who are much braver and wiser than I am.

Will you join me? How can we be brave together today? 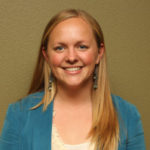 Kelsey Miller is a Child Hunger Outreach Specialist at Texas Hunger Initiative’s Waco Regional Office. She is passionate about more people gaining access to and education about healthy foods and our food system, and thinks the expertise of those experiencing hunger and poverty should always be our starting point. Kelsey lives with her husband and rambunctious puppy in Waco, and is also pursuing an MSW from Baylor part-time.

(Visited 14 times, 1 visits today)
Posted in But some of us are brave..., Race & Ethnicity